When I got my iPhone 3G back in July 2008, the first thing I did was jailbreak it. I did this because of all of the awesome stuff you could do which I had learned from jailbreaking/unlocking my iPhone 2G. When the iPhone 3GS came out, I chose not to jailbreak simply because most of the reasons that I did jailbreak before were now standard features on the iPhone 3GS…all except one feature.

To create blank home screen icons on your iPhone/iPod Touch, simply follow the steps below:

1.) Connect to the Internet either through your Data plan or WiFi and then launch Safari. 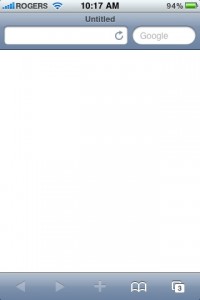 2.) In Safari, navigate to: “http://blank.appleiphone.fr“ 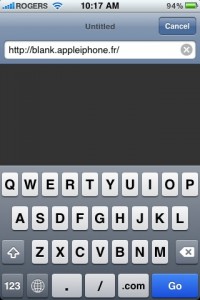 3.) When the web site is loaded, click on the “+” (plus) symbol on the bottom of the display 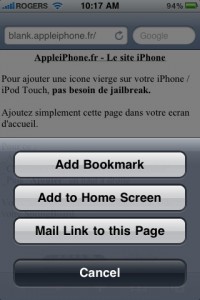 5.) At the next screen, do not type anything and only tap “Add” in the top right corner. If “Add” is greyed out, it is because you tried typing something. Redo steps 1 – 5 above. 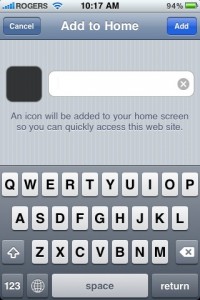 Try it out and let me know what you think!