How to Generate Random Passwords with Siri

Rather than brainstorming your passwords, there is an easier way to randomly generate them: just ask Siri for one. Yes, it’s that simple.

If we can believe the rumours claiming the iPhone 5S will feature a fingerprint scanner, the 50-year era of passwords will reach an end. Until that highly anticipated handset arrives we still need to use passwords, and that includes strong passwords to protect our online accounts, which, by the way, can cause headaches.

Although we could describe hundreds of cases in which you would find strong passwords useful, we would rather show you how to obtain these passwords from Siri (Via OSX Daily). 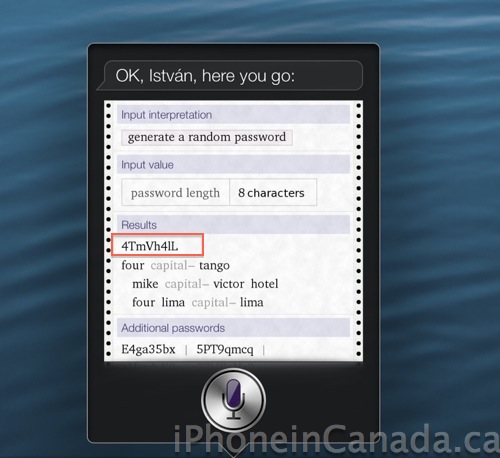 Siri’s response will contain an alphanumeric mixture of eight characters, which is secure enough in certain scenarios, but doesn’t offer quite the best protection in real-world situations. You can increase the security by requesting Siri to add more complexity to the random passcode.

How to Generate Complex Passwords with Siri

You can specify character length to Siri while using the aforementioned inquiry. In our example we asked for a 12-character password as follows: “Random password 12 characters.” 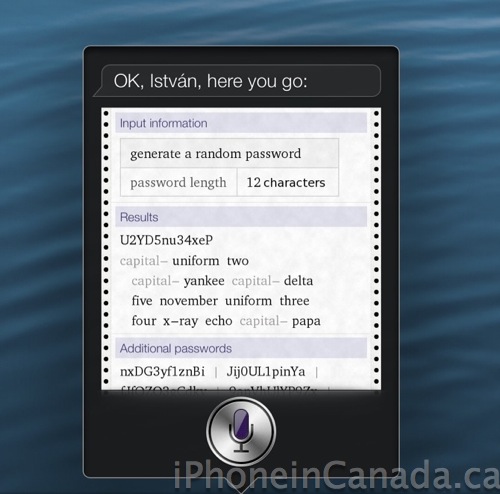 Siri immediately replied with a very strong random password consisting of random alphanumeric characters with mixed capitals. You will notice that Siri is silent with its reply. This prevents anyone nearby from hearing the results, but offers a readable format as well, as shown in the image above.

If you scroll down, you will find additional randomly generated passwords, such as numeric only, or case-insensitive, case-sensitive, alphabetical, etc. 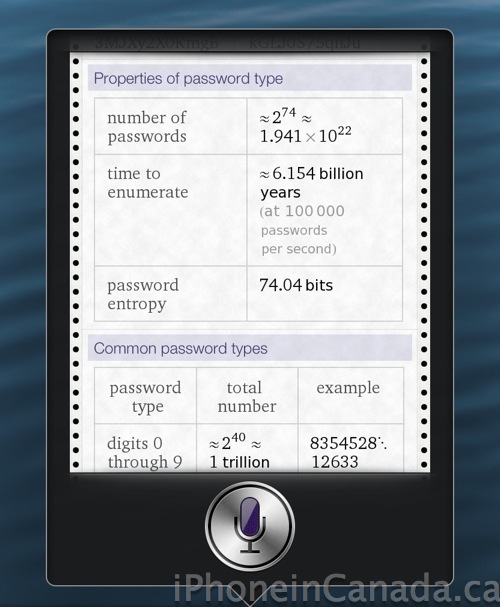 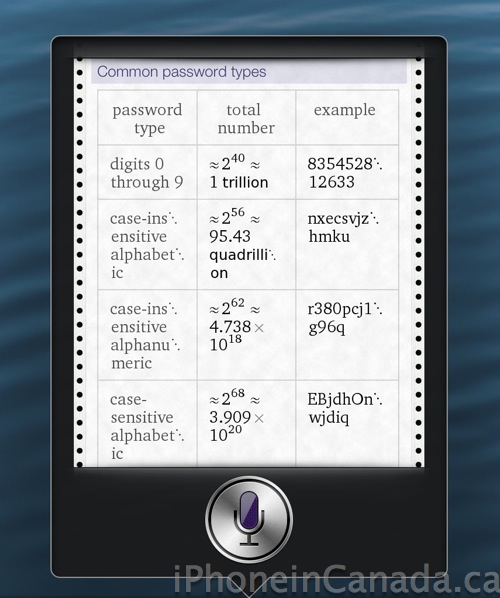 What is really helpful is that the passwords Siri generates are truly random. You can check that by asking Siri the same “random password […] characters” question multiple times, and you will have different results each time. With each strong password you will receive an estimate as to how long the generated password would last before being cracked. Enjoy!