How to Get Universal Emoticons on iPhone: Vmoji via Cydia

We’ve talked about how to enable Emoji (from the Japanese iOS keyboard) on your iPhone via free apps in the App Store. Currently, just by searching the term “emoji” in the App Store produces many solutions to satify your Emoji needs.

But what about getting universal emoticons on your iPhone? Emoji can only be seen by iOS, so your Blackberry/Android/Nokiasoft friends on WhatsApp won’t be able to decipher your emoticons. How to solve this? Easy. Install universal emoticons via a new jailbreak tweak, called Vmoji.

How to Install Universal Emoticons on your iPhone with Vmoji

3. Next, go search for Vmoji and install it. 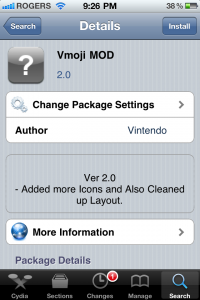 To activate your newly installed Vmoji, just hold down the number keys 1-5, and pages of universal emoticons will appear. Slide to the icon you want, and release your finger. Voila! 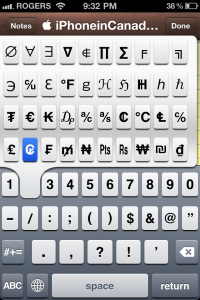 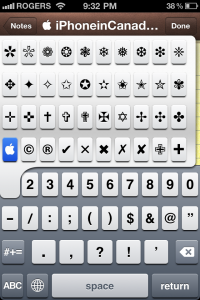 Vmoji is in beta, and so far has worked perfectly for me. Let me know what you think of it!