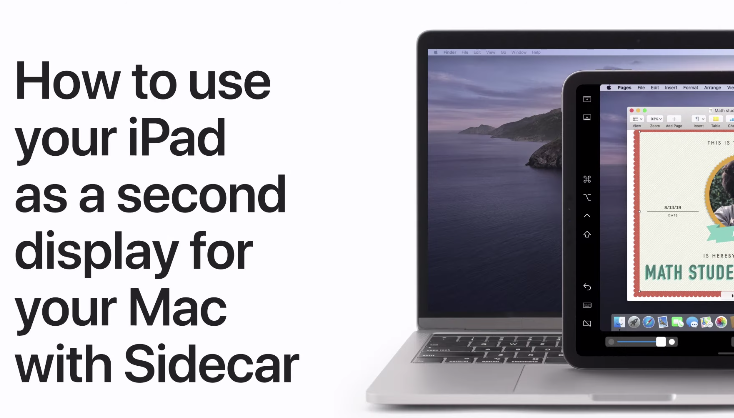 With today’s release of macOS Catalina, Apple has also released some video tutorials on its YouTube channel.

One Apple Support tutorial video details how to use your iPad as a second display for your Mac with Sidecar, the newest feature within macOS Catalina.

To get started, both your Mac (2016 or later) and iPad (models compatible with Apple Pencil) will need the latest updates. You’ll need to sign into the same iCloud account on both devices and have Bluetooth and Wi-Fi enabled.

Next, on your Mac, click the AirPlay icon and select your iPad. Once connected, the Sidecar icon will show you’re now connected to your iPad, which acts as a second display (or can mirror your Mac display).

Check out the video below to learn more:

Apple Support also shared a couple of other videos today as well—check them out below:

How to back up your iPhone or iPad in macOS Catalina

How to restore your iPhone, iPad, or iPod touch from a backup in macOS Catalina