An aftermarket modification technique discovered by Tanveer, a part time modder who also happens to be a doctor (like me), adds built-in wireless charging capability to your iPhone 4S (via Ubergizmo). The process requires a wireless charger pad and case, eliminating the need of a case for wirelessly charging an iPhone 4s. To start off the process, he solders the wires from the charging port to the USB points on the Powermat receiver. The rest of the details are covered in the video given at the end. 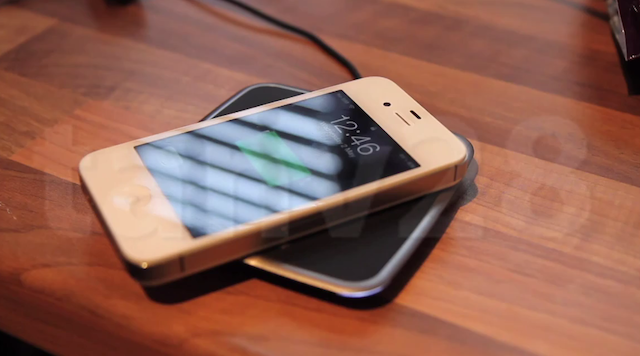 **Before you try this yourself, keep in mind that this will most definitely void your warranty and you should be very familiar with assembling and dissembling your device.

Watch the video for step-by-step instructions on how to make your iPhone 4S wirelessly charge without a case: