A lot of iOS users find this fact annoying that Newsstand ,which is basically a folder dedicated to App Store’s digital publications, can not be moved inside another folder. When iOS 5 came out, an easy trick was discovered that allowed users to place Newsstand in another folder and now, a rather easier solution has been released that also works without a jailbreak and is fully compatible with iOS 6. 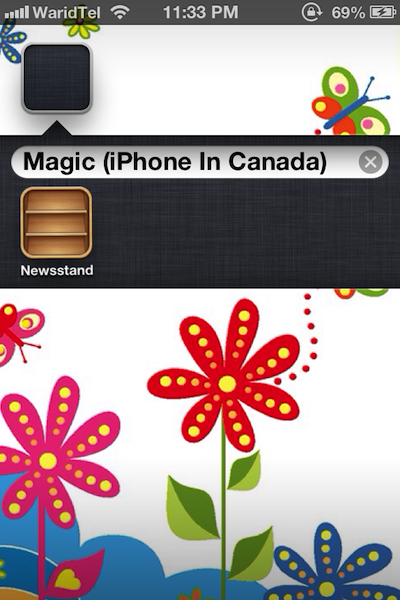 Just follow these steps to move Newsstand inside a folder (via iDB):

Plug your iOS device to your Mac and wait for it to be detected by StifleStand. 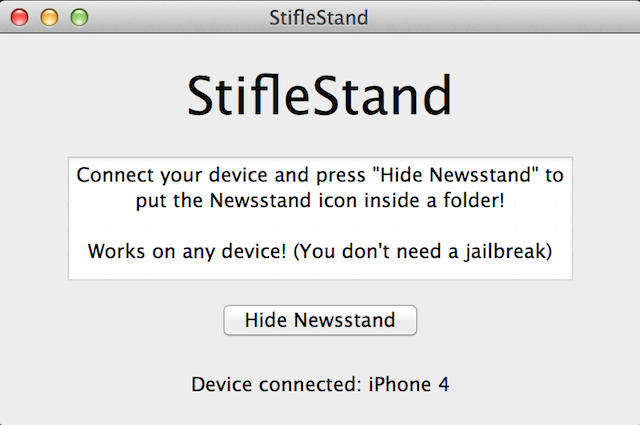 Once done, you’ll notice a new folder by the name of Magic appear on your iOS device with Newsstand icon inside it. You can change the folder’s name to whatever you like since it is just like any other folder in iOS.