How to Transfer Data from Android to iPhone 13 [VIDEO] 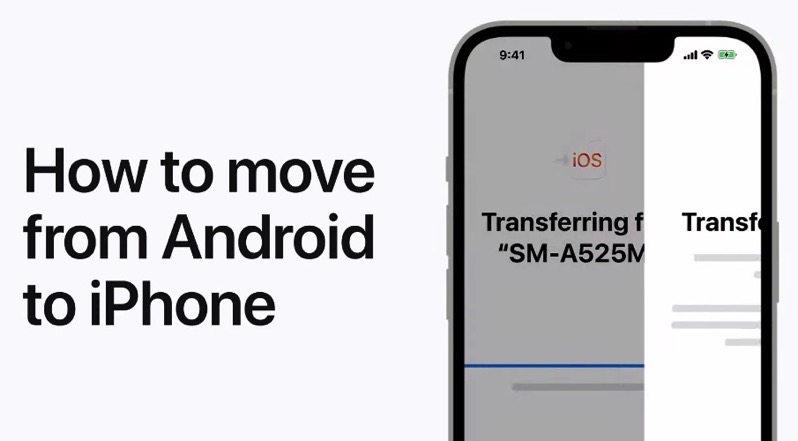 For existing Android users, you’ll first need to select the ‘Move Data from Android’ on your new iPhone. Next, you’ll need to download the Move to iOS app from Google Play and follow the setup instructions. After you confirm a security code to pair both devices, your iPhone will create a temporary Wi-Fi network your Android device will join, to transfer data over.

You’ll be able to transfer data from your Android device including your Google Account, Messages, Contacts, Calendar, Camera Roll and more, over to your new iPhone.

The transfer of data from your Android to new iPhone may take a while, depending on how much data you have on your original phone. Apple recommends plugging both your Android and new iPhone into power.

You can click here to learn how to transfer data from your old iPhone to new iPhone 13.