Apple first debuted 3D Touch for iPhone 6s and iPhone 6s Plus in 2015 and newer models since have included the feature (except for iPhone SE). 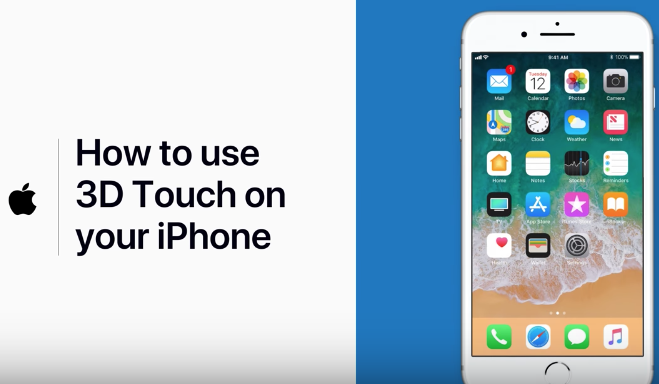 According to the company, 3D Touch “technology senses how deeply users press the display, letting them do more than ever with your apps and games.”

The feature supports Quick Actions, Peek and Pop and also pressure sensitivity in creative apps. If you’re new to iPhone, Apple Support’s YouTube channel has uploaded a new video tutorial on how to master 3D Touch on your iPhone.

Apple also has support documents on the web which detail more on how to change 3D Touch sensitivity and how to use 3D Touch with VoiceOver and Zoom.