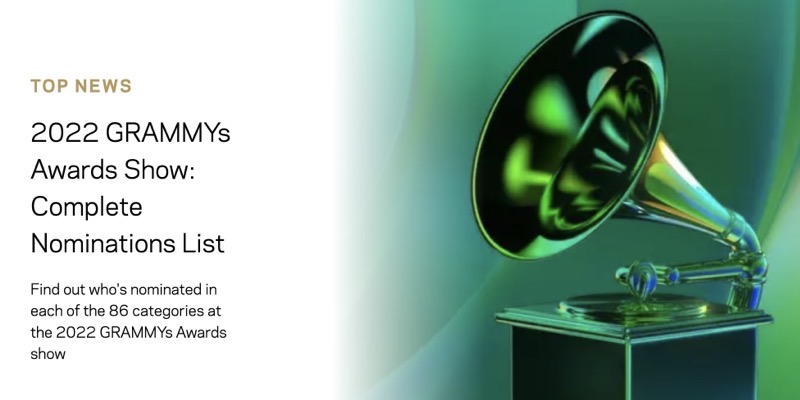 The 2022 Grammy Awards take place on Sunday, April 3, 2022, and are music’s biggest night as artists will be recognized for their talents.

To watch the Grammy Awards in Canada for 2022, you can do so on Rogers’ Citytv, both on television and streaming online.

The 64th annual Grammy Awards start time is set for 5pm PDT/8pm EDT. You can watch on Citytv via your cable television provider, plus the web on citytv.com, and with the Citytv mobile app for iPhone, iPad and Apple TV.

You can also stream the 2022 Grammy Awards pre-show online via YouTube, below:

Canadian musician Justin Bieber has 8 nominations, leading Canadian artists. Montreal singer and songwriter Allison Russell has three nominations, while Toronto’s The Weeknd is nominated three times for his work on other projects (he has continued to boycott the awards).

Trevor Noah will be hosting the 64th annual Grammy Awards, available on Citytv and CBS.