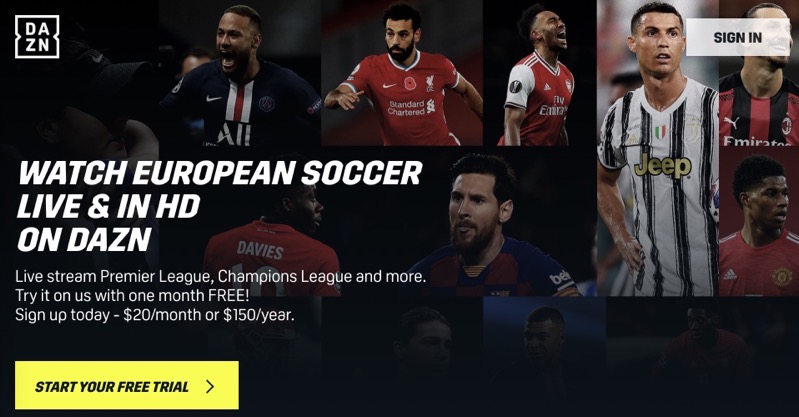 If you’re trying to watch the UEFA Champions League quarter-final between Real Madrid versus Liverpool in Canada live, you can do so free via DAZN.

Real Madrid is taking on Liverpool in one of the quarter-final matchups today, in what will be a rematch of the 2018 final, when the Spanish team won. The football match will take place at the Alfredo Di Stéfano Stadium in Madrid, Spain, starting at 12 noon PDT/3 PM EDT, on April 5, 2021.

To stream the Champions League quarter-finals in Canada, global streaming sports service DAZN has exclusive rights. The other matchups taking place today will be Man City vs Dortmund.

Just click here to sign up for DAZN, which comes with a 30-day free trial, and start watching live UEFA Champions League soccer right away.