How to Watch South Park Episodes on the iPhone

Last fall, the creators of South Park submitted an application to have a South Park app in the App Store. This app would let you watch every single episode of South Park ever created on your iPhone. South Park fans around the world screamed with joy.

However, as we soon found out Apple denied the application twice, citing that its content would be deemed “offensive”. This is a bit hypocritical on Apple’s part since they sell uncensored South Park episodes in the US iTunes Store. Go figure! Here’s what the South park team had to say:

We first announced our iPhone App back in October, after we submitted the Application to Apple for approval. After a couple of attempts to get the application approved, we are sad to say that our app has been rejected. According to Apple, the content was “potentially offensive.” But Apple did admit that the standards would evolve, citing that when iTunes first launched it didn’t sell any music with explicit lyrics. At this point, we are sad to say, the app is dead in the water. Sorry, South Park fans.

Are you disappointed that you can’t watch South Park on your iPhone? Think again folks! South Park Mobile has now been released in Cydia (which will require a jailbroken iPhone), free for download! The app is supported by donations which keeps the app running and free.

The app has episodes from all 13 seasons of South Park. You just choose your season and select and episode and you’ll be watching Cartman swear in no time. Check out these screenshots: 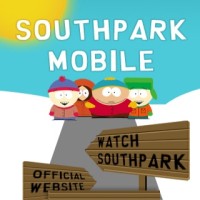 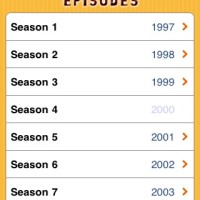 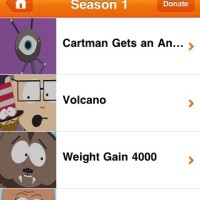 There you have it folks, an amazing app that was originally destined for the App Store, but denied by Apple. Looks like Cydia has officially become the grounds for apps that don’t cut the grade with Apple. Nevertheless, South Park Mobile will give you hours on end of tasteless laughter!