If you’re just catching up with AMC’s Better Call Saul on Netflix in Canada, you may have noticed the final sixth season isn’t available to stream here yet, leaving fans of the show hanging, as only seasons 1-5 are available.

Previously, when the sixth season of Better Call Saul debuted in April 2022, it was available on the AMC+ streaming service, which is also available through Amazon’s Prime Video Channels.

For those with a VPN service such as NordVPN, all you need to do is connect to a service in the United Kingdom, then launch Netflix. This changes your location to the UK and once you launch Netflix, you’ll see that Better Call Saul season 6 will be available to stream. 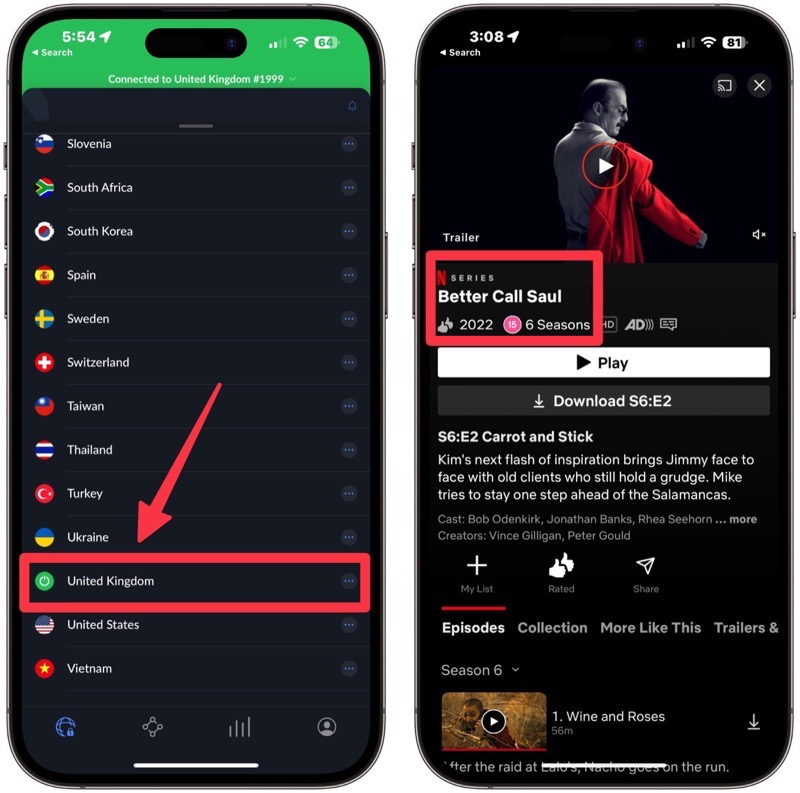 The synopsis for the last season of Better Call Saul is as follows:

Better Call Saul’s final season concludes the complicated journey and transformation of its compromised hero, Jimmy McGill (Bob Odenkirk), into criminal lawyer Saul Goodman. From the cartel to the courthouse, from Albuquerque to Omaha, season six tracks Jimmy, Saul and Gene as well as Jimmy’s complex relationship with Kim (Rhea Seehorn), who is in the midst of her own existential crisis. Meanwhile, Mike (Jonathan Banks), Gus (Giancarlo Esposito), Nacho (Michael Mando) and Lalo (Tony Dalton) are locked into a game of cat and mouse with mortal stakes.

You can watch the trailer for season 6 of Better Call Saul below:

Click here to sign up for NordVPN—it’s currently on sale for 63% as part of a New Year’s day sale, and it includes a full 30-day money-back guarantee.

Apple has shared a handy video on its YouTube support channel, explaining how you can add video effects when using Continuity Camera with iPhone on a Mac. If you’re using Continuity Camera with a virtual conference app or FaceTime on your Mac, you can add these video effects from Control Center while you chat. Center Stage...
Usman Qureshi
2 weeks ago

This weekend marks the start of the NFL Wild Card playoffs, which kick off the road to the Super Bowl. The next three weekends are do or die for the following teams, for a chance to reach the Super Bowl on February 12, 2023. Check out the 2023 NFL Wild Card Playoffs schedule below: Saturday, […]
iPhoneinCanada.ca
4 weeks ago