How to Watch: UFC 264 Live Stream McGregor vs Poirier 3 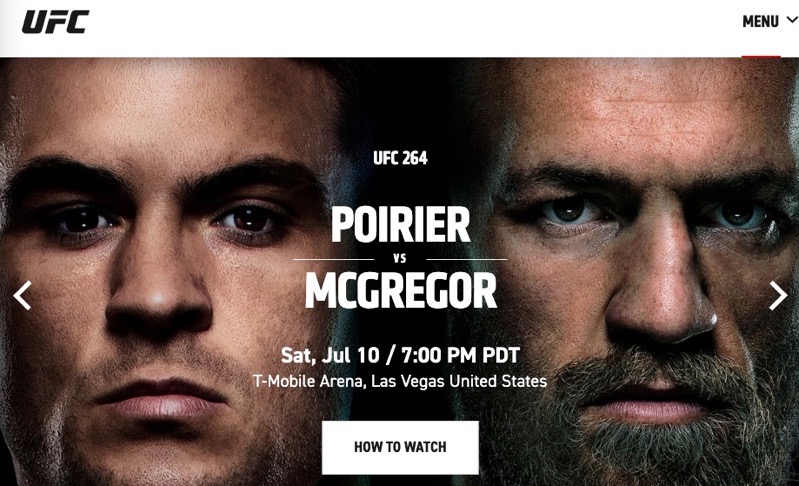 UFC 264 takes place on Saturday, July 10, with the main card featuring a lightweight bout between Dustin Poirier versus Conor McGregor.

The main card start time takes place at 7pm PDT/10pm EDT on July 10, following early prelims at 3:15pm PDT and prelims at 5pm PDT, all from T-Mobile Arena in Las Vegas, Nevada in the United States.

This will be the third matchup between Dustin Poirier and Conor McGregor, part of 13 fights taking place on Saturday night.

How to stream UFC 264 live in Canada? The early prelims can be view on UFC Fight Pass, while the prelims are on TSN.ca. The main card is of course a pay-per-view event that can be ordered via UFC.com/ppv, or from the following TV providers in Canada:

You can check the UFC 264 live weigh-in show replay above from Friday. This is being hailed as one of the biggest pay-per-views in UFC history.