The folks at Firecore have released an untethered jailbreak for the latest 4.4.4 firmware (iOS 5.0.1 – 9A406a) on Apple TV2, as announced on their blog.

What is the point of jail breaking your Apple TV? Well, for starters you will get access to a plethora of third party plugins, such as XBMC (to stream .AVI files to your ATV2).

Which plugins are supported on 4.4.4?

How to Jailbreak your Apple TV2 with Seas0npass – Brief Tutorial

Seas0nPass will jailbreak your Apple TV2 by creating a custom firmware file, which you will then use to restore your unit with via iTunes.

1. Open Seas0nPass.
2. Select ‘Create IPSW’. The latest Apple TV firmware file will download and the custom firmware will be created. 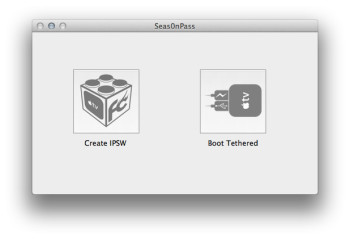 3. Prepare for ‘DFU mode’ and follow the onscreen instructions to connect your Apple TV to your computer via the microUSB cable.

Once the light on the front of the AppleTV begins to flash rapidly, point the remote at the AppleTV and hold both the MENU and PLAY/PAUSE buttons for 7 seven seconds. 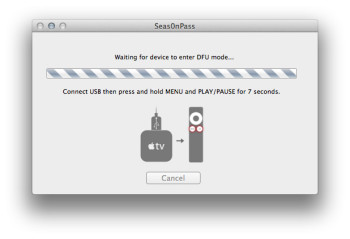 4. iTunes will open and then begin the restore process. After it’s completed if you see the temporary Firecore logo in the bottom right, you’ve done it all correctly. 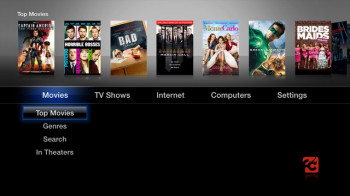 That’s it! Let us know how this brief tutorial works for you. Thanks to the Firecore team for the update and to pod2g for the untether.