Every time I take a screenshot to review an iPhone App or to broadcast my iPhone’s homescreen on the blog, I always get questions about the little icons I have in my iPhone’s status bar.

You might have seen them too, and been wondering where they are from. The tweak is called Notifier and it’s available via Cydia (requires a jailbroken iPhone). Notifier will put tiny icons into the iPhone’s status bar to indicate when you have: 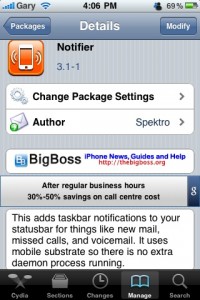 Once you check up the tasks above the icons will disappear. Notifier has been available for a while now, and for those who don’t have it installed it’s a “must have” jailbroken app in my mind (along with SBSettings and 3G Unrestrictor). Are you using Notifier? How do you like it? 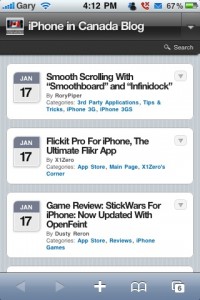