Pwnage Tool Released – FAQ: What You Need to Know

Eureka! In about a week’s time the latest iPhone firmware 2.0 has been cracked and the Pwnage tool was released yesterday by the iPhone Dev Team. This is great news to people who are using first generation iPhones, iPod Touches, and the iPhone 3G. For all the people who aren’t hardcore iPhone users and have no clue what the heck the Pwnage tool is, I’m going to create the Coles Notes version of what this tool will do for YOU!

What does the Pwnage tool do?

What the F does “jailbreak” and “unlock” mean?

Why should I use the Pwnage tool?

What are the current limitations of the Pwnage Tool? 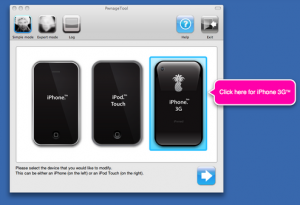 Currently the Pwnage Tool is only available for Mac users. A Windows version will be out soon. I plan on using this tool to update my first generation iPhone to firmware 2.0. I’ll keep you guys updated. In the meantime, if you’re using a Mac and desperately want to update to firmware 2.0, check out this cool guide from our notorious iPhoneinCanada.ca member ruffdeezy.

For those that have updated, how did the process go for you?

**Looking for an iPhone 3G case? Go get an invisibleSHIELD, the strongest protection for your iPhone backed by a 30 day moneyback guarantee, lifetime replacement warranty, and FREE shipping! Use coupon code iphoneinca for 10% off your purchase!Order today!**