Before the WWDC 2014 kicked off, there were rumours of major Apple Maps improvements, which didn’t materialize in the end. However, there are new features in the works, which Apple didn’t emphasize – it was just mentioned it in a slide of the WWDC keynote “Flyover city tours”. 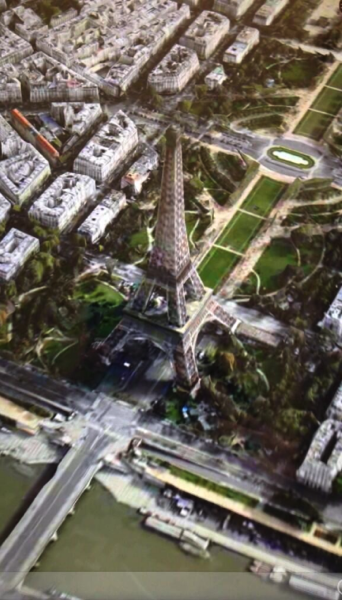 This feature is not openly available in iOS 8 beta 2, but developer Pierre Blazquez has managed to unlock it, and has created a video showing the feature in action for Paris (via Mac4Ever, MacRumors).

Currently, Flyover city tours supports only a handful of cities – Rome, Stockholm, Barcelona, New York, Paris, Glasgow, Cape Town, Perth, Bordeaux, and San Francisco – so we can consider it a work in progress, as Apple will likely add more city tours over time.

Apple’s mapping service had been receiving criticism since its launch, when the company moved away from Google’s service. We have seen, however, that over the past two years Apple has been busy correcting and improving Maps features, and has even added new ones.