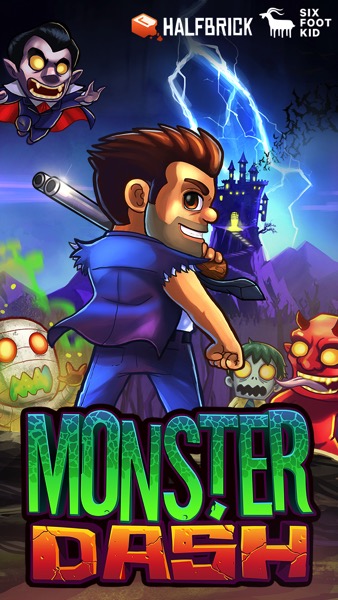 If it’s Thursday, then we have Apple’s official choice for the Free App of the Week. This time around, the title goes to Monster Dash, a game developed by Halfbrick Studios, the creative minds behind the popular Fruit Ninja games.

Monster Dash is part of the legendary Barry Steakfries Trilogy, in which players run like wild, jump like gazelles, and shoot like mad, the developers write about their app. The initial reviews for Monster Dash have been positive, praising the graphics and the fast-paced music that fits perfectly with the game.

The app is available as a free download — normally, it would cost you $0.99. It is compatible with all devices running iOS 4.3 or later.