Did You Know iOS Keeps Your iMessage Attachments Even After Deletion? 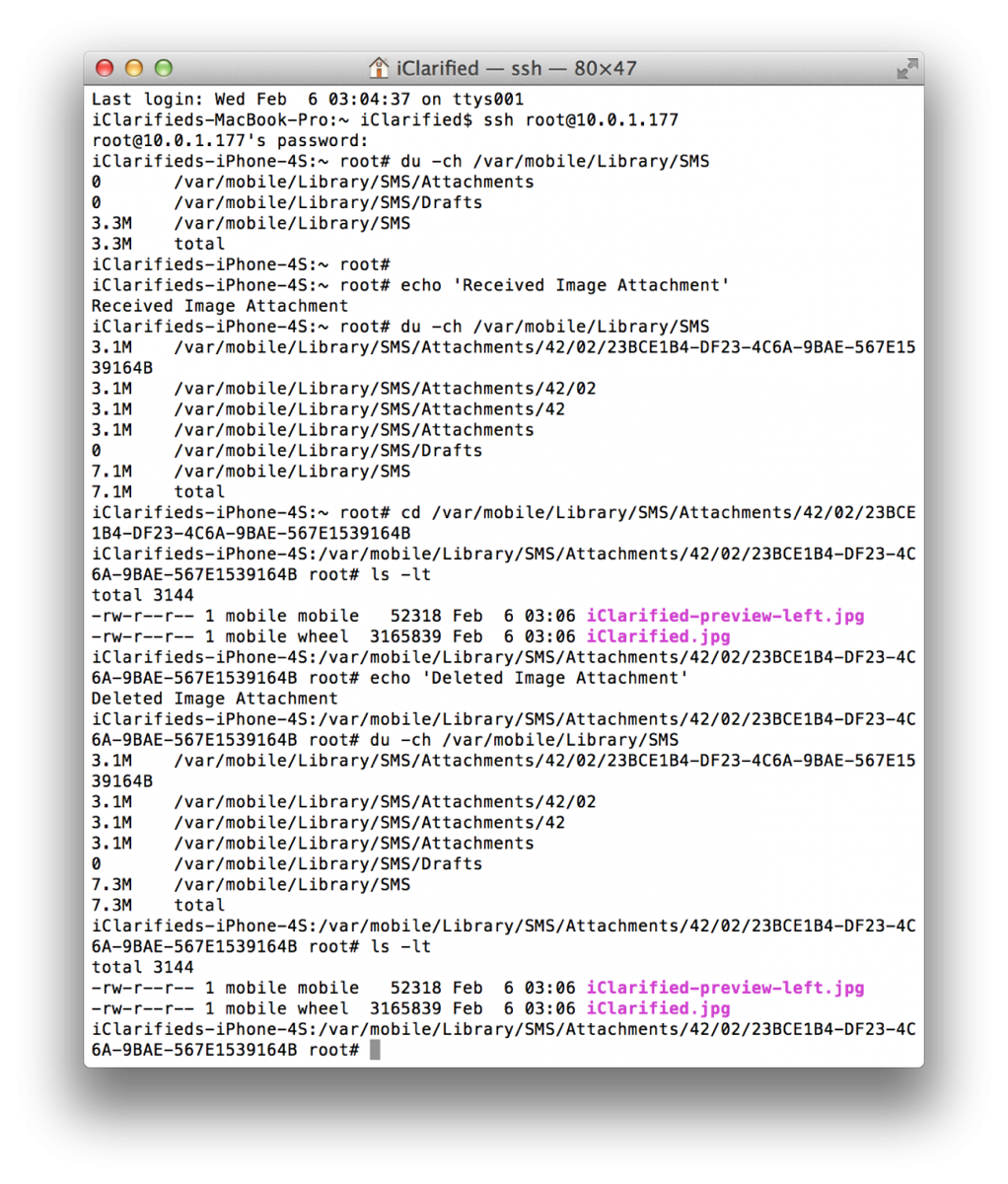 According to the report, a user found images on his device that were deleted over two years ago. Luckily, the issue seams to have been resolved in iOS 6.1. It appears that Apple may have corrected the issue with the latest iOS update. However, it is still a major security concern for users on earlier firmware versions and users with device backups on their computer or iCloud.

We then performed the same test using a device on iOS 6.1. Fortunately, after deleting the attachment, it was deleted from the device.