Hot on the heels of the Beats Electronics acquisition talks, here is a new music-related rumour right from Japan: Apple is said to be launching high-definition audio playback with iOS 8, with the user experience enhanced with a new versions of in-ear headphones and the Lightning connector (via Mac Otakara).

It is known that the iOS 7 Music app is unable to play high-quality 24-bit audio files sampled at frequencies beyond 48 kHz. While there are third-party music players such as ONKYO HF Player that are able to play such audio files, they are limited to onboard 16-bit playback. 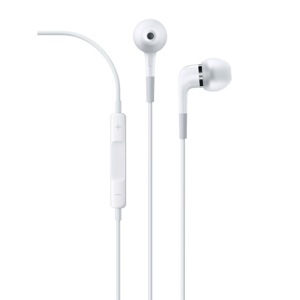 Also, the report states that Apple will launch a new version of its in-ear headphones to enable high-quality audio playback. This should come as a welcome update, since the premium headphones have remained unchanged since 2008, and retail for $89.

Furthermore, a next-generation Lightning cable is also said to be in the works, which will accommodate the aforementioned high-quality audio playback on MFi (Made for iPhone/iPad/iPod) audio accessories, but there is no word about a possible release date.