Timotheus Wischniowski, a student and traffic engineer from Germany, has created an insanely detailed mind map of all the settings from an iPhone 5 running iOS 6.0.1. Below is just a tiny fraction of what is available: 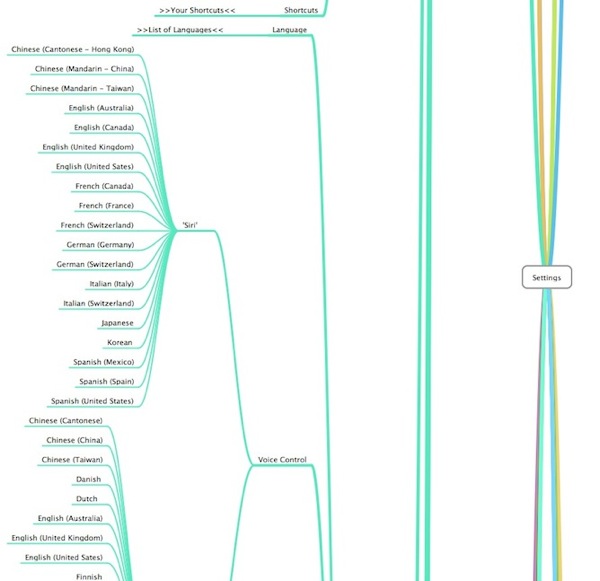 The full-sized PNG image download is just over 12MB, and the mind map was created using OmniOutliner and MindNode Pro. You need to see this to believe it, as it details every single menu, option and toggle available:

I made an outline which contains all iPhone 5 iOS 6.0.1 settings from the iPhone itself and from the preinstalled apps. I did this with the iPhone setup with English as the OS language and German for time formats and so on. I tried to write everything down, but I couldn’t write down some things, like Japanese characters and such. So the mind-map competition should be about 98 % or more.

After seeing this mind map it just goes to show how complex Settings within iOS can be, when it’s visualized. You can download the full mind map image here or searchable PDF here. You can also view it online here.