iOS 7.1 didn’t just bring design tweaks and CarPlay support, but also a significant notification that warns users making in-app purchases that they can make additional purchases in any app within 15 minutes without having to re-enter their password. 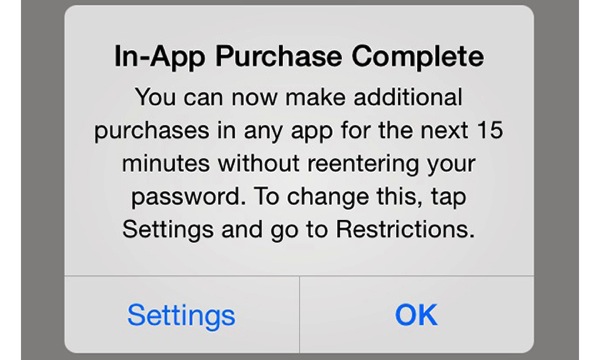 As you can see from the above image, the pop-up warning leads to the Settings app, where the user can set up in-app purchase limitations. The change was first spotted by AppleInsider, and it is likely related to the FTC-Apple agreement requiring the company to take measures in order to get the user’s consent for future in-app purchases.

By the way, the 15-minute grace period isn’t new, but the pop-up warning itself is. However, users can opt for a password to be required with each in-app purchase as well as turn off that feature altogether. 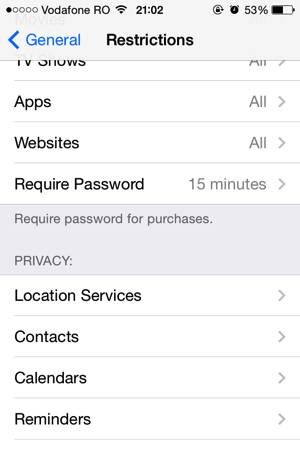 You may recall those in-app purchase horror stories we reported earlier last year. Most of the cases happened because of kids being left in the company of an iOS device, which resulted in huge iTunes bills. Apple offered a refund in the majority of cases.