Alongside third-party app integration, Apple will add other improvements to Siri with iOS 10 when it launches this fall. According to a reader tip sent to 9to5Mac, iOS 10 seems to finally solve the “Hey Siri” issue, which means not all, but only one of your devices will be listening. 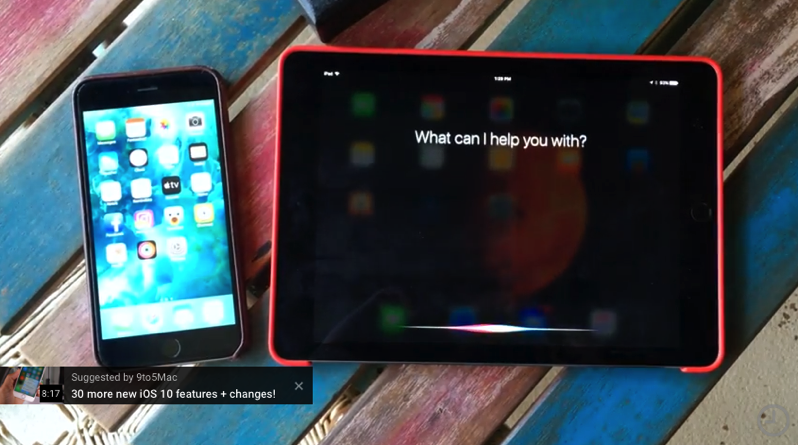 As noted by the tipster, with iOS 10 on board, “an iPhone 6s is smart enough to stop listening for voice input if an iPad Pro is also listening.”

The catch is: both devices wake up at the “Hey Siri” command, but as one of them starts recognizing the voice input, apparently it notifies other nearby devices to stop listening. You can see the “Hey Siri” voice command in action with an iPhone and iPad put side by side in the video inserted below.

As you can see, both devices were listening, but one of them took the lead and informed the other device to cancel Siri. This obviously prompts various questions: how does the iPad seen in the video tell the iPhone to stop listening and what decides which device wins the query?

In 9to5Mac’s testing, the iPad dominated the iPhone, which lead them to speculate that the tablet’s A9X processor makes it faster at processing voice and faster to signal cancellations on other nearby devices.