Just two days after the public release of iOS 7, Apple has pushed iOS 7.0.1 for iPhone 5S and iPhone 5C as on OTA update. The iOS 7.0.1 update delivers critical bug fixes and performance improvements according to Apple. 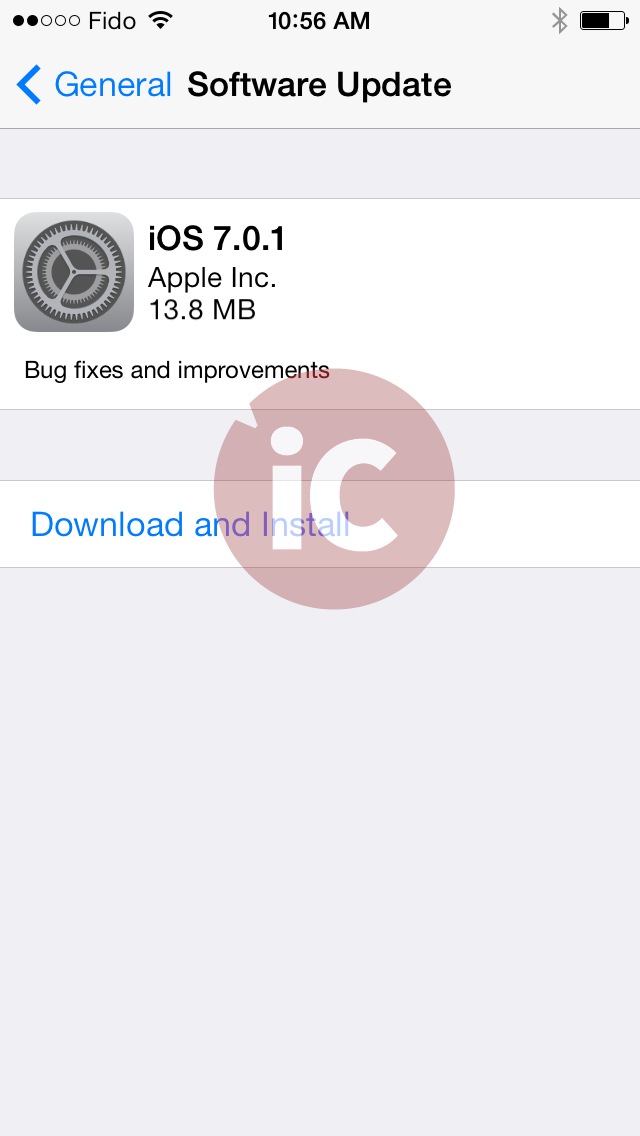 The minor update also seems to fix the iPhone 5S Touch ID bug that prevented some users from using the fingerprint scanner to authenticate iTunes purchases. The iOS 7.0.1 update for iPhone 5C is 13.8MB in size.

If you got yourself an iPhone 5S or 5C this morning but are not yet seeing an iOS 7.0.1 software update prompt, you can check manually by going to Settings -> General -> Check for Updates to start the process.