What Apple showed us on stage during the WWDC 2013 about iOS 7 was just the tip of the iceberg. A deep dive into iOS 7 beta 1 reveals (via 9to5mac)that Apple was testing additional multitasking and gesture enhancements, which unfortunately aren’t likely to reach users when iOS 7 goes public this fall. Still, they represent possible new features coming with future updates. 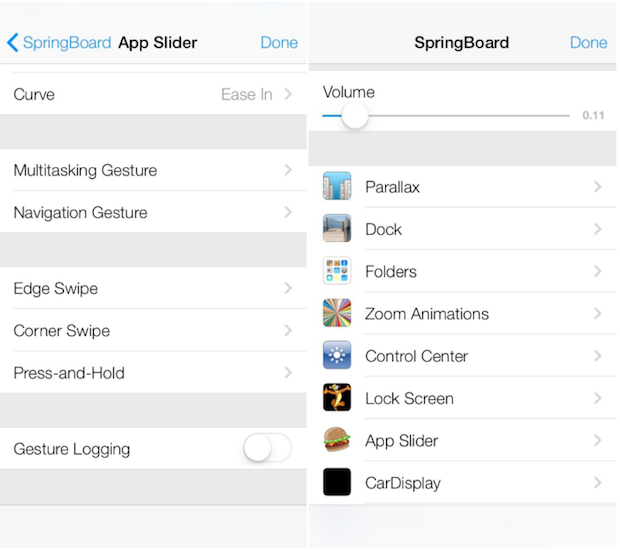 One of the most notable features discovered by Hamza Sood is the system-wide edge-swipe and corner-swipe gestures, renewing the already present edge-swipe in iOS 7 for most of the pre-installed apps.

Other interesting discoveries: Apple is testing new functionality allowing users to hide pre-installed apps, or to create a folder within a folder, plus the option to pinch to close folders. 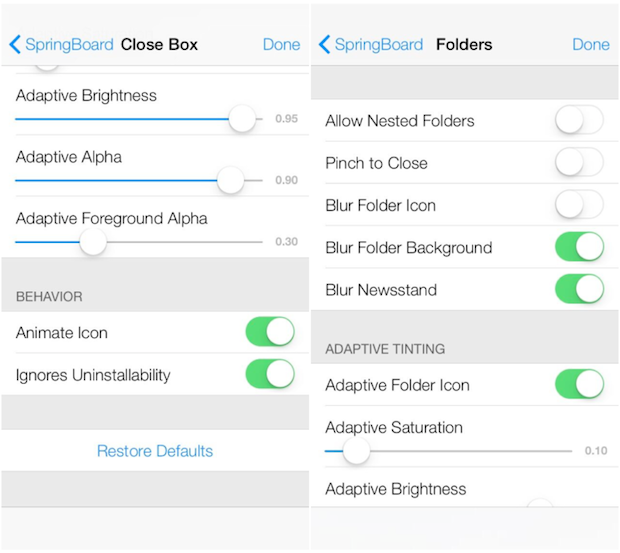 There are other hidden settings available in iOS 7, such as customizing blur effects, colouring, and animation speeds.

The above settings, however, aren’t readily available in iOS 7 beta 1. As 9to5Mac points out, it requires some unspecified tweaking.