iOS 9 Adoption Rate to Be Faster Than iOS 8, Says Crittercism

A day ahead of the anticipated iOS 9 release, Crittercism, a mobile app intelligence platform provider, looked into its crystal globe and created a predictive model for the adoption rate of the next-generation mobile operating system. 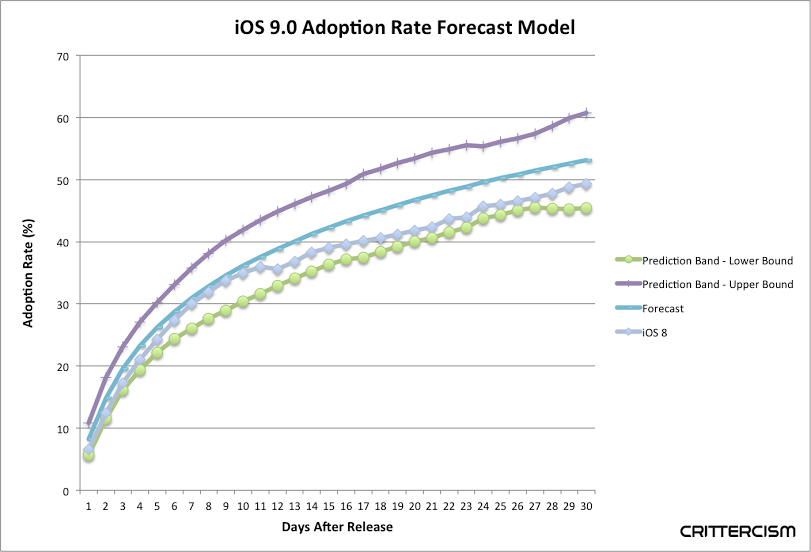 Based on the data coming from 26 billion app loads, Crittercism predicts the iOS 9 release will be much smoother than that of earlier versions. Although the latest version of iOS 9 is the GM seed (and the first beta of iOS 9.1), the crash rate measured for the available version is 2.77%, which compares to the 3.48% crash rate measured during the equivalent period for iOS 8.

Crittercism expects iOS 9 adoption to be faster than it was for iOS 8: it should reach a 50% adoption rate by Day 25, which would be three days faster than iOS 8. By the way, it should take iOS 9 roughly four days to accomplish what Android Lollipop did in 11 months — reach 20% adoption — Crittercism says.

A week after the release, the firm expects 31% of all iPhones (based in the US) to run iOS 9, which would be a bit lower than the 35% recorded by iOS 8, but that’s because users are becoming more cautious about upgrading.