iOS 9 landed only yesterday, and its adoption rate has already hit 11.89% (similar to what we’ve seen last year with iOS 8), according to Mixpanel’s real-time chart. This, however, slightly differs from the data published by Tapjoy, which says that the adoption rate was slightly above 6% 18 hours after the software was released to the public. On the other hand, Crittercism predicts that the traffic from devices running iOS 9 will reach about 8% in the first day. 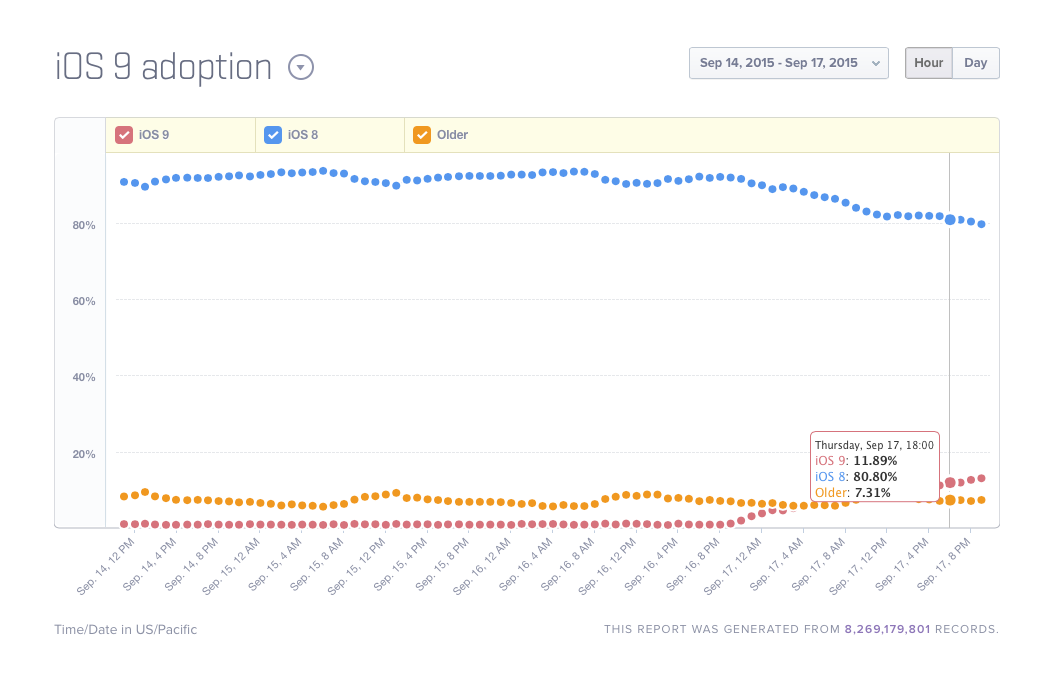 To put that into perspective, Crittercism says traffic from iOS 8 devices was 85.3%. Tapjoy’s blog post adds some colour to that information: about 76% of iPad owners were using iOS 8, and 15% iOS 7. 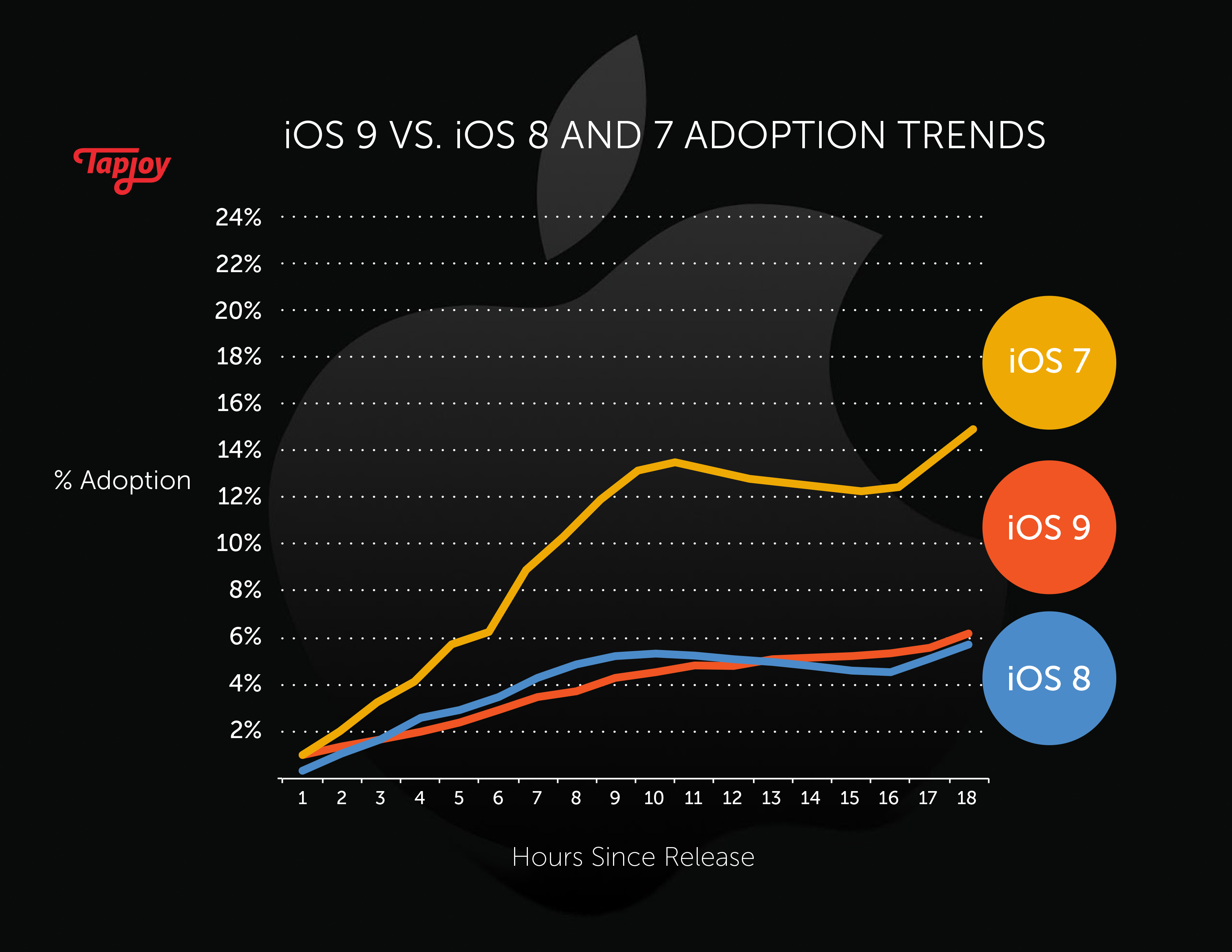 Now looking at the iOS 9 adoption rate, we find that iPhones are updated at a faster pace compared to other iOS devices: about 7% of iOS 9 traffic measured by Tapjoy came from iPhones, while iPads accounted for only 4%, and 6% of iPod touch users also updated to iOS 9.

When it comes to countries, Japan takes the crown for the most iOS 9-aware users: 9.52% of them have updated to the latest mobile operating system, followed by North Korea at 9.29%. The third on the list is China at 7.41%. As for Canada, Tapjoy says 6.21% of all traffic was generated by devices running iOS 9.