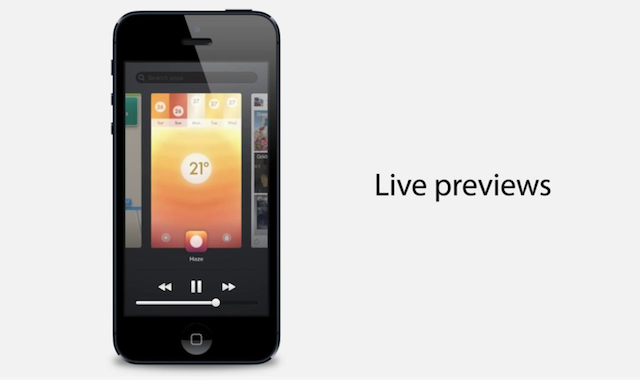 iOS currently supports one ‘active’ app on the screen at any given time. Switching to a different app gives it the ‘active’ status, replacing the content that previously filled the screen. The developer states that true multitasking has some significant differences/advantages as compared to simple app switching. In this concept, double tapping the home button takes you to the switcher, where you are able to switch between apps in a manner similar to an iPad. Further, it allows for prime positioning of the toggles, brightness and music controls.

“The benefits of such a system are seen in the switcher concept video, where the user is able to switch between the Mail, Haze and Flipboard apps, whilst watching them update live. There are more benefits then simply live updates however. For example, the combination of full app previews, the large icon and name presented underneath each app, make it much more obvious which app you’re switching to, and prepares you for what to expect when revisiting that app”.

Check out the multitasking concept video and share your feedback on the design in the comments section below.