Before this year’s WWDC kicked off, almost 90% of iOS devices were running iOS 7. That was the Web traffic coming from North American iDevices, according to Chitika’s findings. The picture looks similar, but there are slight differences in other areas of the globe, says the market research firm’s most recent study. 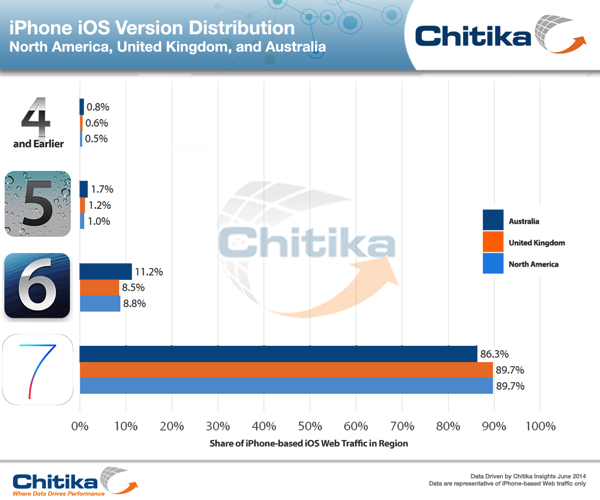 After analyzing the Web traffic of iDevices from the UK and Australia, Chitika found that UK Apple users have a similar adoption rate of iOS 7 – 89.7%. In Australia, however, this figure is slightly lower: 86.3%. What’s interesting, though, is that a notable percentage of Australians users are still running iOS 6 – 11.2% of Australian Web traffic is generated from iPhones running iOS 6, which is attributed by Chitika to “Mapsgate”. 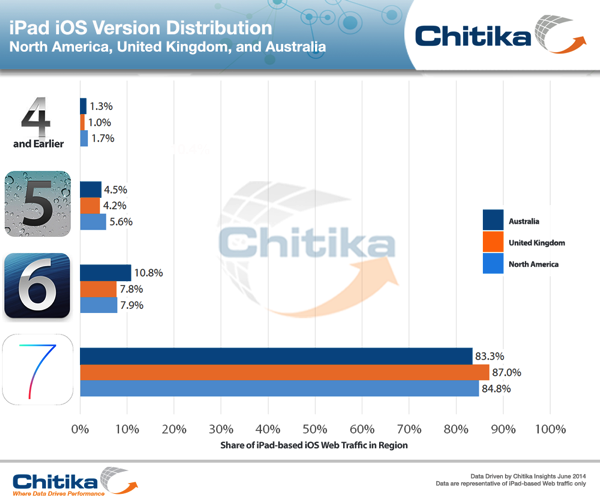 When breaking down iOS adoption to iPads, the UK jumps ahead of North America with 87% adoption, compared to 84.8%. In Australia 83.3% of all iPads are already running iOS 7.

It is worth noting here that iOS 5 and older versions appear with higher adoption rate in the US and Canada compared to the UK and Australia.