Though I’m not a big fan of Microsoft’s latest Windows Phone OS offering, I do kinda like the concept of Live tiles a.k.a the Metro UI. If you add these Live tiles to the iOS along with some Android widgets, an interesting concept by visual and user interface designer Max Rudberg shows you exactly what will happen (via TNW). 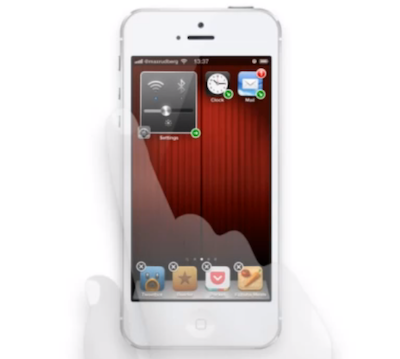 Microsoft’s Live tiles not only give a preview of the app’s status or data, but can also be adapted to appear in different shapes and sizes according to a user’s preference, something you cannot do with your iOS icons. Similarly, Android like widgets can add a more interactive experience to the slightly dull iOS UI. The following concept video, which has been inspired by the more living home screens of Windows Phone and Android, shows how the iOS home screen could become more lively as well.

In this concept, an app icon can be resized from 1×1 to 2×2 or 4×2. The increased size can house widget like functionality and provide easy access to core features of that particular app. For example, you could expand the Settings icon into a widget with a brightness slider, and quick toggles for WiFi, Bluetooth, Personal Hotspot and Do Not Disturb.

Check it out and tell us what you think: