The Source has Apple’s 12.9-inch Smart Cover in Charcoal Grey, available for $19.99 at 73% off, saving you $55. The sale is online only and not available in stores. We were able to add it to our cart and head to checkout.

The cover currently sells for $75 from Apple.ca. 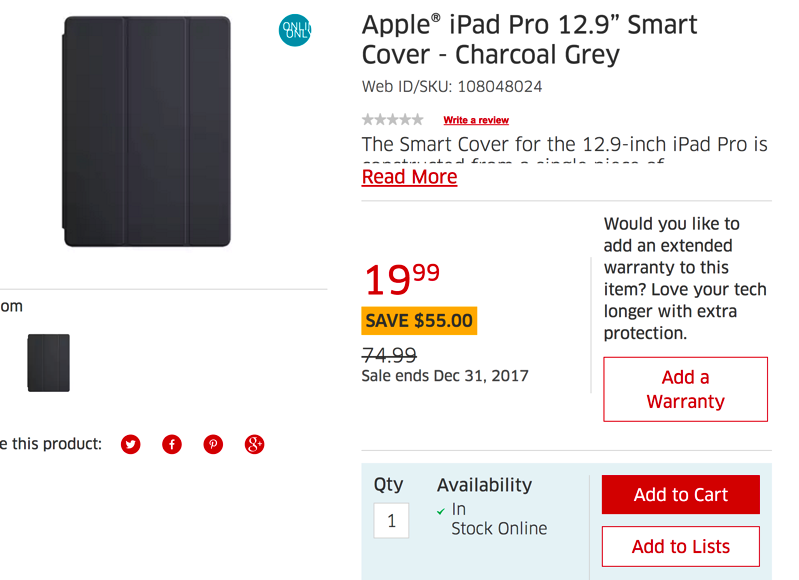 We don’t know how long this price will last, but it is definitely a hot deal for an official Apple Smart Cover. If you have a GoodLife Fitness/PSP membership, it’s actually showing up for $18.99. Click here to check it out.