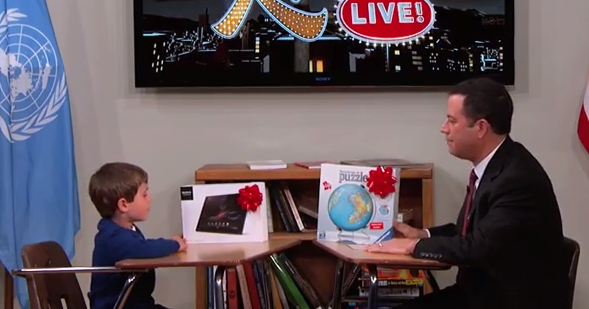 Five-year-old genius Arden Hayes was on Jimmy Kimmel last night showing off his impressive knowledge of world geography. The segment took a hilarious turn at the end when Kimmel offered Hayes a free Sony Xperia Tablet Z (what appeared to be a sponsored gift), only to have the youngster give it back because—he’s getting an iPad:

“…well you could just give it away…because…I’m going…but we’re just planning on getting an iPad for Christmas.”

Talk about a wrench being thrown into Sony’s marketing plans.

Update: Looks like the video was taken down; we’ve added a new embed.