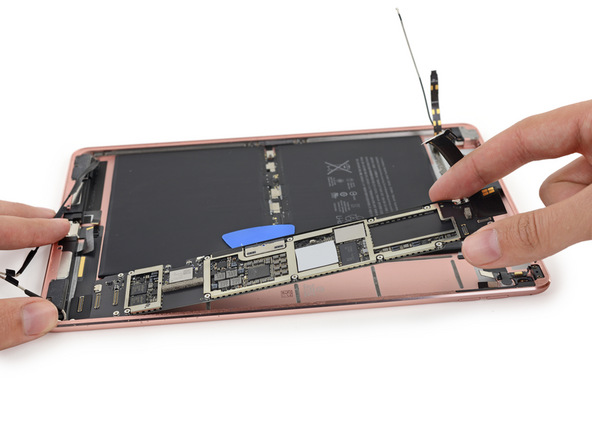 Following the iPhone SE teardown, the guys over at iFixit have now turned their attention to the 9.7-inch iPad Pro. A sneak peek at the tablet’s internals through the X-ray images supplied by Creative Electron reveals a change in terms of internal design compared to its bigger, 12.9-inch brother: The internals are dominated by the battery, pushing the logic board to the side.

After opening the device up and removing “a big slab” of EMI shield covering the logic board (as it did with the bigger version), iFixit found that most of the 9.7-inch tablet’s components are held together by “gobs of adhesive” which make all repairs more difficult.

As the repair site points out, the same 12 MP camera can be found in the iPhone 6s and the smaller iPad Pro, a substantial upgrade from the 8 MP shooter found in the 12.9-inch version.

When it comes to chips, the iPad’s display contains a Parade Technologies DP815 (likely an iteration of the DP695 timing controller found in the bigger iPad) and an NXP Semiconductor Touch ID sensor, while on the logic board we find the APL1021 A9X 64-bit processor, Samsung LPDDR4 RAM, Flash memory supplied by SK Hynix, two Broadcom BCM15900B0s (as seen in the iPad Pro 12.9″), and 6-axis Gyroscope provided by InvenSense, among others. 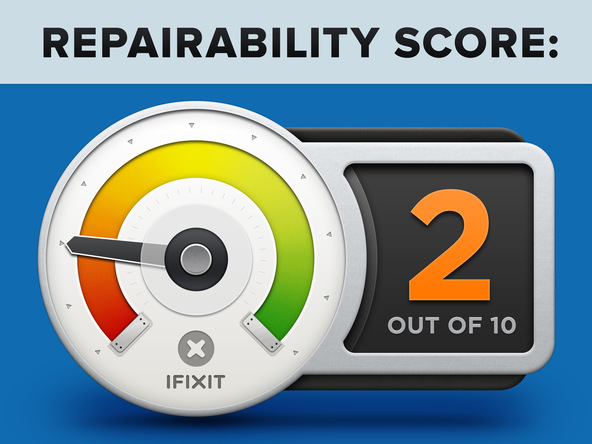 Overall, the 9.7-inch iPad received a reparability score of 2 out of 10 (with 10 being the easiest to repair), because of the blobs of adhesive and the fused front panel, which increases the cost of screen repair, as repair shops risk damaging the LCD when opening.