Leaked photos of purported second generation iPad mini have appeared on a forum thread at Chinese website WeiPhone (via MacRumors), showing the rear shell of the alleged device. While the shell appears very similar to that of the current iPad mini, it does appear a bit thicker from some angles. 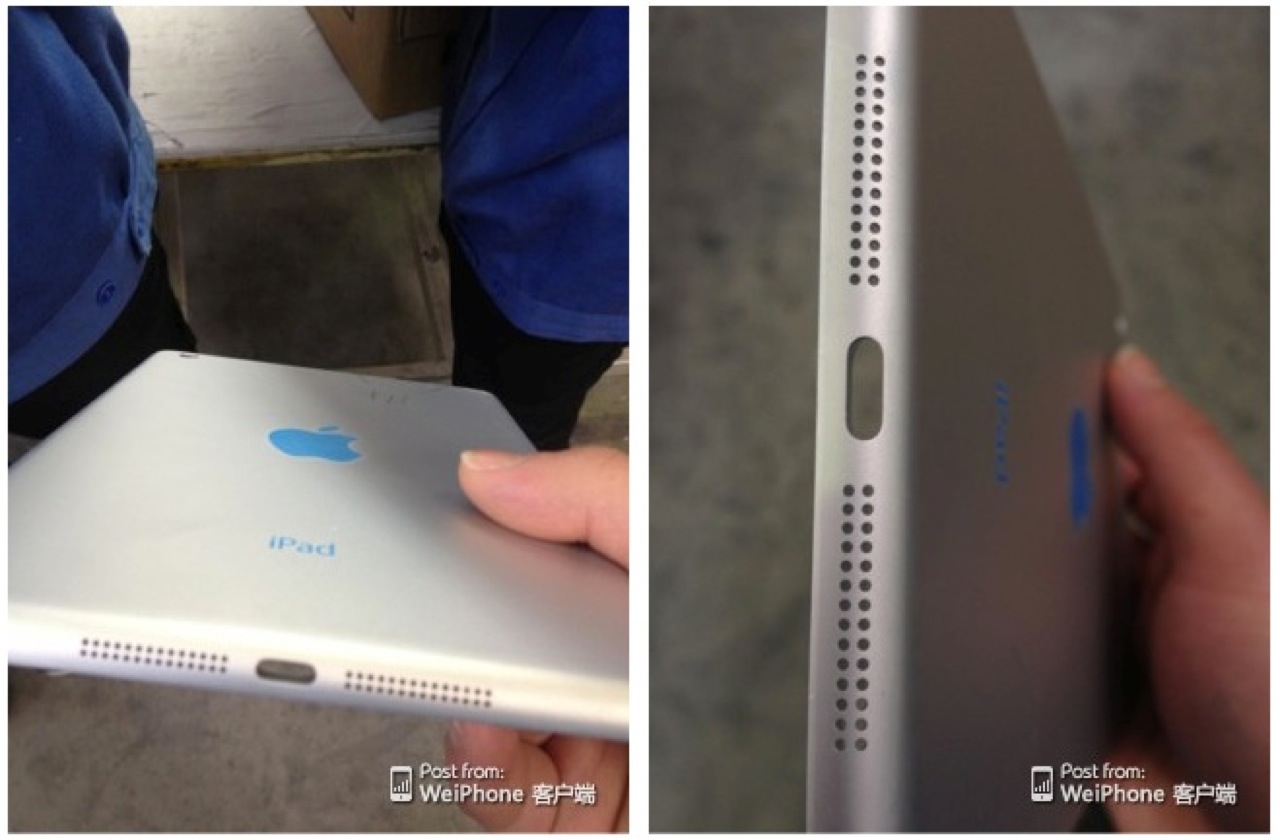 Since the second generation iPad mini is widely expected to sport the Retina display, the apparent increased thickness might just be real, which would be required to accommodate a Retina display and a larger, thicker battery, as compared to the current iPad model. Or, it could well just be “an optical illusion” due to the fact that the edges of the shell shown in the photos, have not yet been chamfered.

“The photos also show a bright blue Apple logo and “iPad” text on the rear shell, but it is possible that this is simply part of the process used to create the mirrored logo and text as seen on the current product. Alternatively, it may be an effort to add additional color to the iPad mini as Apple did with the iPod touch last September and has been rumored to be using for an upcoming lower-cost iPhone”. 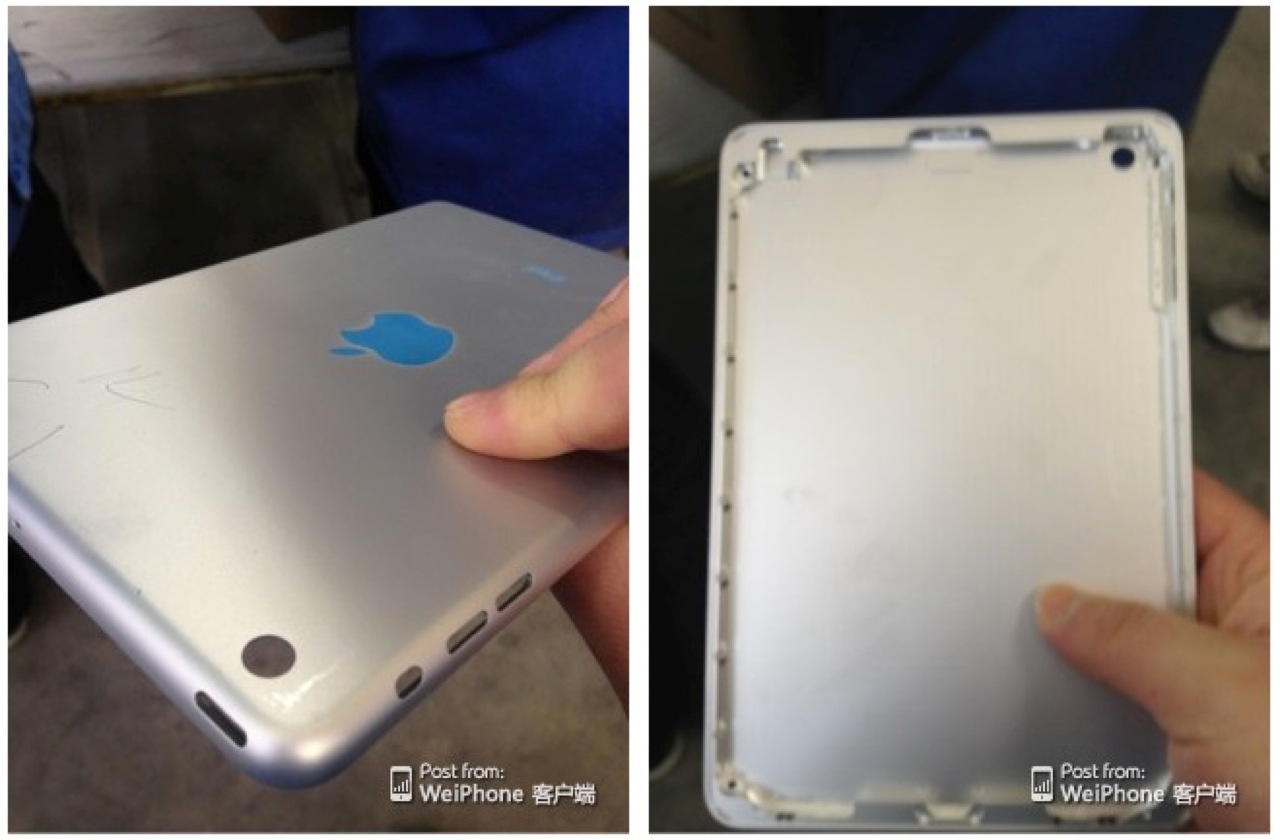 Any legitimacy of these images however remains unconfirmed.

Update: NoWhereElse.fr has observed these shells are made by Chinese supplier “Catcher” and believes they are legitimate Apple parts but might not be the iPad mini second generation, rather just the original.