The rumour mill has been busy churning out information about the upcoming iPhone 7, but little is known about the next generation iPad Pro. The latest image leak allegedly showing the “iPad Pro 2” brings us no closer to the real thing, except suggesting Apple is already preparing the successor of the first generation model.

An anonymous tipster allegedly working for one of the Chinese companies in Apple’s supply chain has sent AppleInsider a pair of images showing what the source claims to be the next generation iPad Pro. The source suggests the tablet will go into production in late September.

As you can see from the images inserted below, the device is identified as the model number MH1C2CD/F, which follows Apple’s device numbering convention of the cellular 12.9-inch iPad Pro. Interestingly, the tablet carries only 12GB of storage, and runs the latest iOS 10 beta. 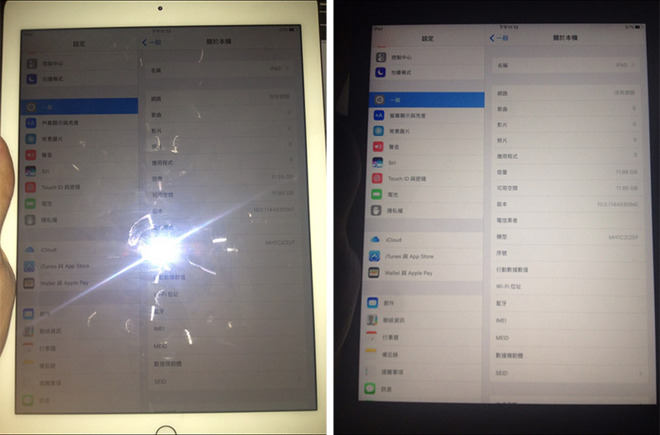 AppleInsider speculates that the low storage is just enough for loading an operating system and apps for internal testing and hardware debugging.

Apple released the first generation iPad Pro last September, so if it plans to keep the yearly release cycle, we should see another model this year as well. The iPad Pro 2 is expected to feature a much faster processor, an improved camera and True Tone display technology implemented with the 9.7-inch iPad Pro.