AlwaysOnline Wireless (AOW) a subsidiary of Otono Networks, the parent company of Roam Mobility, has announced today the launch of a new data plan and further enhancements to its existing data plans, all of which are specially targeted at iPad users with Apple SIM, in 48 countries. 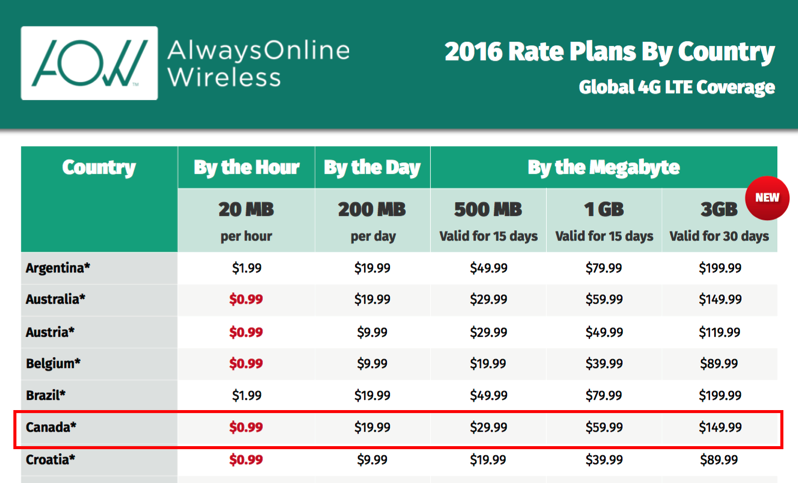 The service provider is also increasing the amount of data offered, without changing the rates of existing plans. Hourly plans increase from 15 MB to 20 MB per hour, while daily plans also see a nice boost from 100 MB to 200 MB per day and by-the-megabyte plans double from 250 MB and 500 MB for 15 days to 500 MB and 1 GB, respectively, the company has announced. You can check out AOW rate plans here.

“In a world where being constantly connected is crucial, there are times when you really need connectivity on the go and you don’t want to plan your travel around Wi-Fi hotspots,” said Emir Aboulhosn, CEO and Founder of Otono. “That’s why we are the first to offer a global LTE roaming service with plans as short as one hour and up to 30 days — everything a traveling iPad user could need. Now with the embedded Apple SIM in the 9.7-inch iPad Pro, iPad customers will find it even easier to connect no matter where they go.”

Since its initial launch in 2015, AOW has seen a migration from low-usage buckets toward higher-usage offerings, so the new offerings meet a need for more data at LTE speeds for those traveling across the globe without the need to buy a local SIM card.