When the iPad Air was announced the iPad 4 was ‘retired’ by Apple, with the next cheapest 9.7-inch model being the iPad 2.

Less than two weeks ago Apple discontinued the iPad 2 and brought back the iPad 4 to replace it for the same price.

Apple’s refurbished store has now re-stocked 16GB iPad 4 Wi-Fi models for $339 in both black and white, which is $60 off its new price: 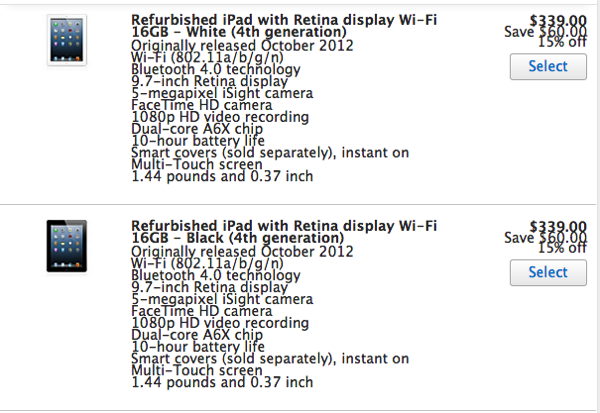 The last time we saw the 16GB iPad 4 Wi-Fi model in the refurbished store was last November when it retailed for $399. At this latest $339 price, it’s only $20 more than a new first gen iPad mini, which has older hardware but is lighter.

There are also Wi-Fi + Cellular iPad 3 models available in 64GB for $499 each in both black and white. 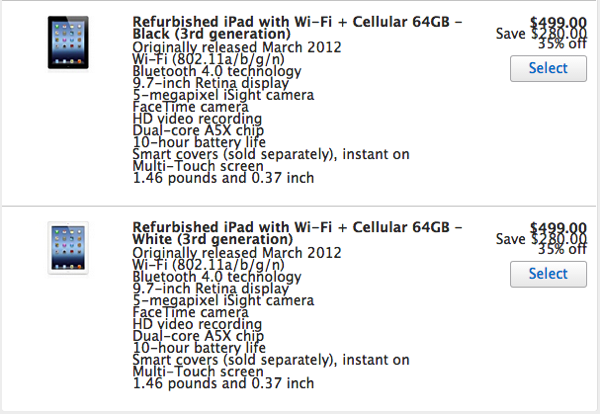 Refurbished iPads are good as new as they come with a one year warranty, new battery and exterior shell.