Apple iPad mini Pre-orders Sold Out in Canada, the USA and UK

The images below show all models in both black and white in Wi-Fi with 2 week availability. Below is a screenshot from the Canadian online store: 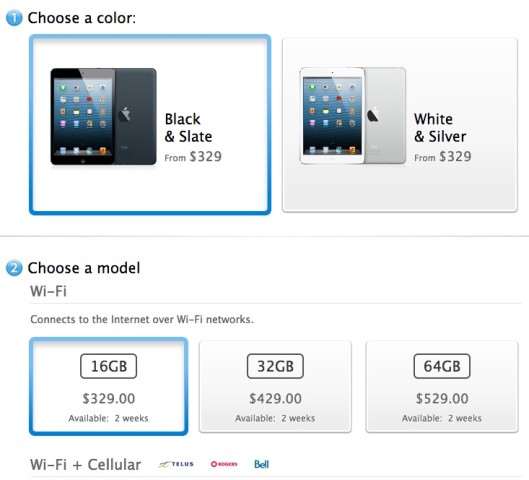 …and the US online store: 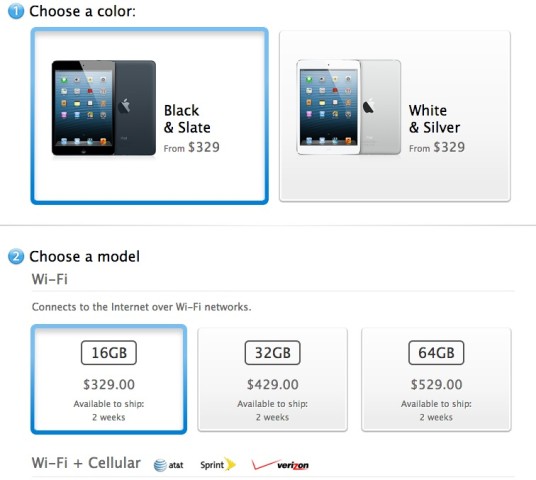 …and the UK online store: 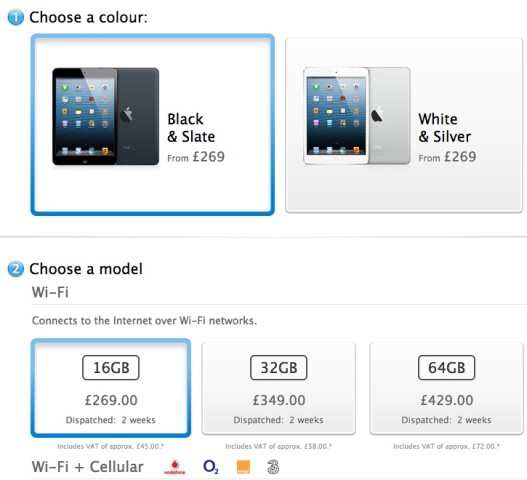 A quick check of other international online Apple stores in Italy, Germany and France have also sold out of pre-orders.

Even with the iPad mini’s starting price of $329, it appears consumers have decided to purchase the 7.9 inch tablet due to its lightweight form factor and robust ecosystem compared to rival 7 inch tablets.

Some iPad mini Smart Covers have already shipped and are expected to arrive in time for the tablet’s November 2nd launch date. Other iPad mini orders are currently ‘preparing for shipment’, as noted yesterday. We most likely will expect Apple to announce tomorrow morning a statement on the status of iPad mini pre-orders.

If you didn’t get your pre-order in by now, you will have to resort to buying locally from an Apple Store or reseller.