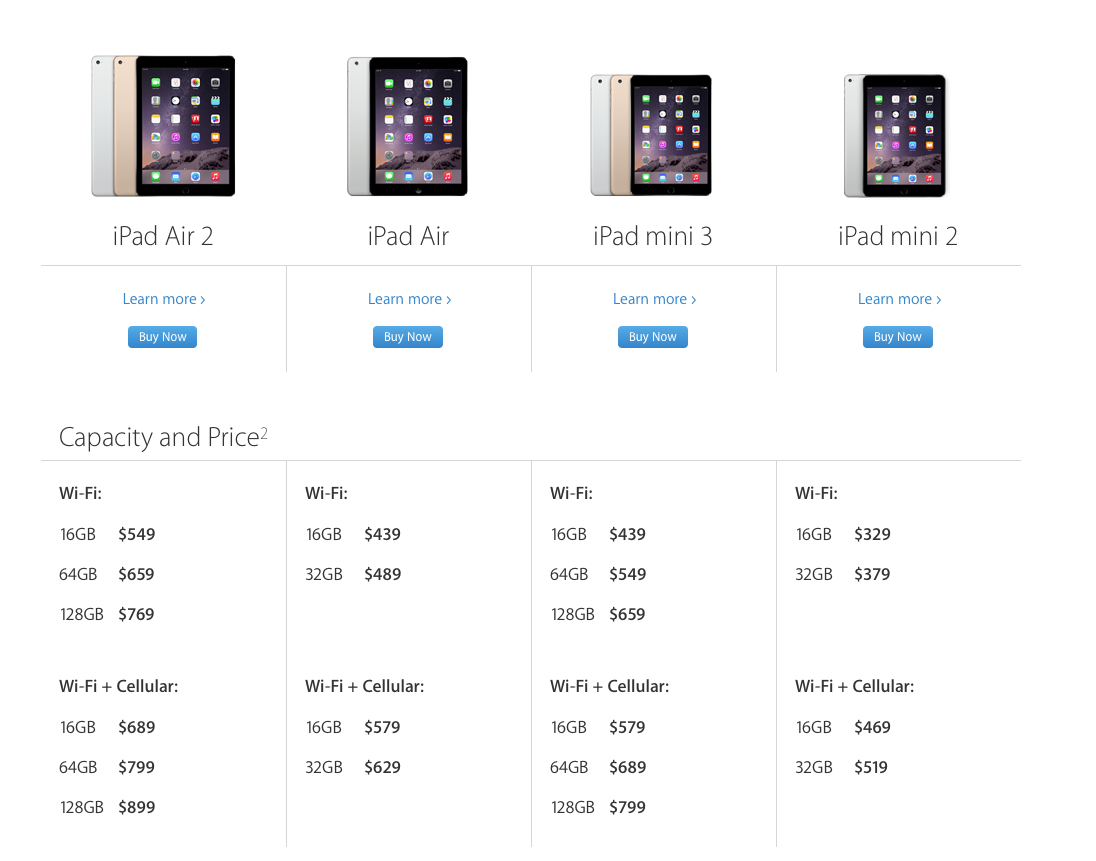 Apple has quietly pulled the first generation iPad mini from its website, readers of 9to5Mac have spotted. The device is no longer available for purchase — although it was earlier this month — and it’s no longer listed on the compare models page.

The iPad mini was originally introduced in October 2012, followed by two new models in 2013 and 2014: the iPad Air mini 2 and iPad mini 3, respectively. Both offered significant improvements over the first model: the Mini 2 had a Retina display and a more powerful processor, while last year’s model incorporated Apple’s signature fingerprint sensor, branded as Touch ID, alongside performance improvements.

What this means is that Apple has completely dropped the sale of non-Retina models to focus on great user experience, as the available models all sport either A7 or A8X 64-bit processors, which performs significantly better than the A5 chip used in the first generation non-Retina iPad mini.

Of course, this doesn’t mean you won’t find iPad Minis in third party stores, but if you are in the market for that model, you better hurry to grab one, because the stock could be limited.