Apple.ca has restocked their 9.7-inch Wi-Fi iPad, fifth-generation models which debuted in March 2017. Right now, 32GB and 128GB models are showing in stock, starting at $319 CAD. 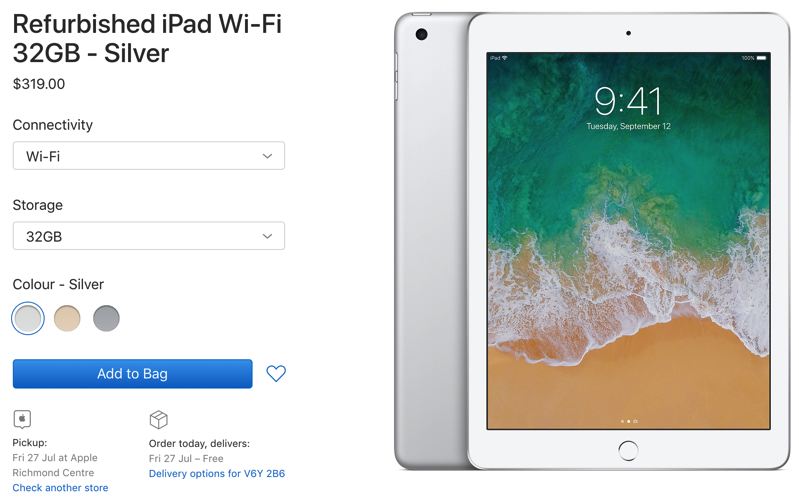 If you don’t need the latest sixth-generation 2018 iPad with iPad Pencil support ($110 more at $429), and just need an upgrade based on price, $319 for a 32GB model is not bad. We may see cheaper prices for fifth-generation models during Boxing Day later this year?

Refurbished iPad models come with a new exterior shell, battery and standard one-year warranty. They sell out quickly so jump on this if you’ve been waiting.