If your children enjoy watching The Moblees on CBC, the public broadcaster has launched a companion second-screen iPad app, to make following the show more interactive, with a goal to get your kids moving. 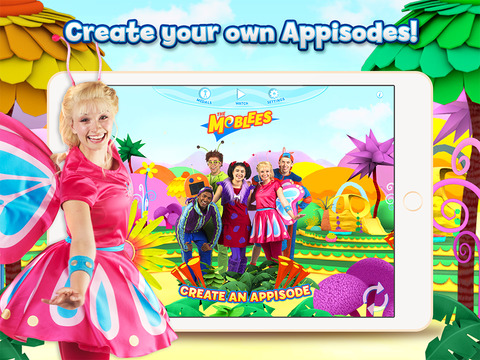 The app automatically syncs with each episode and allows your child to record their own “Appisode” where they can earn a Moblee Medal. The app listens to the episode and usually takes about 10 seconds to detect it. Pop your kids into the iPad camera frame and then they can start recording their own movement to watch later.

Seth Goldstein, Tour Producer, The Moblees, said in a statement “We are passionate about inspiring kids and their families to lead healthy, active lives.” The curriculum for The Moblees has been advised by a leading team of experts ranging from the University of Ottawa’s Faculty of Medicine to Yale University, School of Medicine.

The app was made by digital studio Smokebomb Entertainment and the app itself is funded by Kids’ CBC and The TELUS Fund.