iPad mini, that arrived in mainland China today, reportedly saw a silent retail launch in the region, with not even a line forming outside the building, reports AppleInsider (via The Wall Street Journal). Those who did come at the iPad mini launch, were scalpers looking to resell and profit from the device. 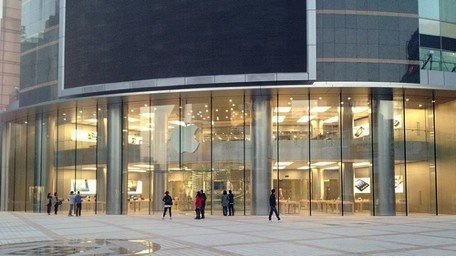 To avoid any riots among impatient buyers and make buying the devices easier, Apple in July switched to a reservation system for the launch of its third generation iPad in China. Today, Apple’s Beijing’s store in Wangfujing district opened its doors at 9 a.m. to customers who had made a reservation. But in the following hour, only about four customers entered the store, according to IDG News’ Michael Kan. There wasn’t even “the hint of a queue” in front of Apple’s newest retail palace in Beijing, he said.

For Friday’s iPad mini launch, a Wall Street Journal reporter was harassed by a group of scalpers for filming them outside the Apple Store in Sanlitun. The scalpers told the reporter they felt it was an invasion of their privacy.

Aside from scalpers at the Sanlitun Apple Store, there were no crowds for Friday’s iPad mini launch. The scalpers stood near the store’s entrance to collect iPad minis from Chinese customers in exchange for cash.

Looks like Apple needs to rethink the reservation-only system, if it wants excitement at its Chinese launch events.