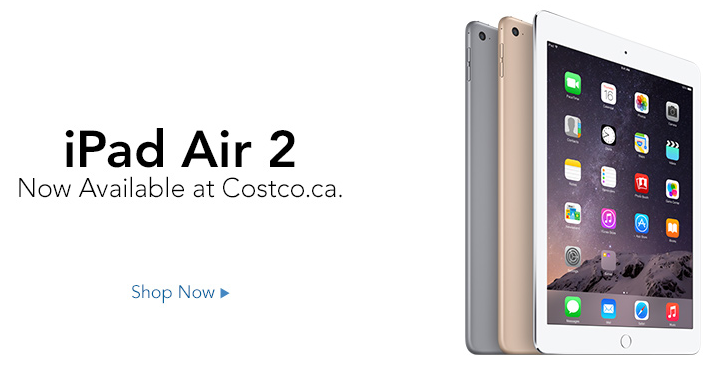 Costco.ca now lists Apple’s new iPad Air 2 and iPad mini 3 for sale, along with the AirPort 2GB Time Capsule and AirPort Express wireless router on the same page. Despite featuring the iPad Air 2 online, no models are currently available. 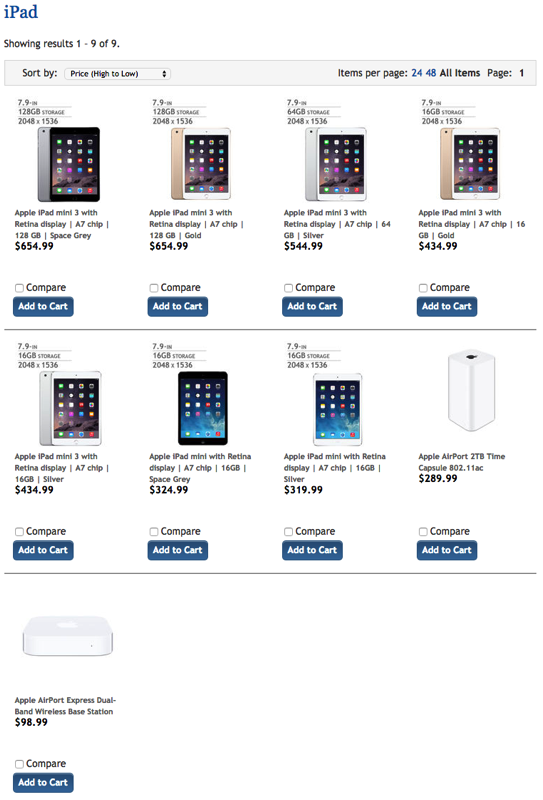 The entry iPad mini 3 model listing reads “Faster LTE” as a feature, but the price reflects the Wi-Fi model at $434.99 (Apple’s price is $439), so that appears to be an error (or a deal?!). Buying from Costco means you save $5, but you also get a rock-solid 90 day return policy, which is six times longer than Apple’s standard 15 calendar days.

Costco Canada first resumed its relationship with Apple during this summer, when it started sales of iTunes Cards, iPads and iPods, while adding the Apple TV and iPhone later on. No word yet whether iPad Air 2 or iPad mini 3 have reached retail stores (we haven’t had a chance to check yet). Let us know!