A Delta Airlines pilot has told AppleInsider that company’s pilots have “fought hard” against a deal to replace Electronic Flight Bags (EFBs) with Microsoft’s Surface 2 tablets instead of Apple’s iPads. He reportedly claims that the deal was actually about money, travel contracts, and Delta’s Information Technology staff historically “being in bed with Microsoft”. 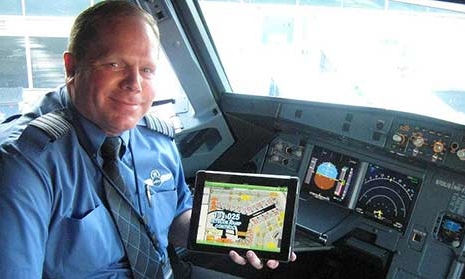 Delta’s trials with iPad as an EFB started a couple of years back, right after when Federal Aviation Administration approved Apple’s tablet for cockpit use. It further began purchasing thousands of iPads for use in its airport restaurants last year. This makes it surprising that the company just announced plans to use the “Surface 2” devices Microsoft recently unveiled, particularly because the company says it only plans to be “fully operational within two years.”

“Delta’s conservative rollout plans may be related to the fact that the Surface 2 apparently hasn’t yet been studied for use as a EFB. There’s no mention of the device in the FAA’s authorization documents. A report by the Wall Street Journal said Delta estimates it will save $13 million in fuel costs by moving to EFBs, so delaying the transition from paper by two years for the Surface 2 could cost the airline $20 million or more, far more than the roughly $5.5 million the tablets would actually cost”.

It is also quite unlikely that Microsoft will still be selling the “Surface 2” model two years from now, when Delta completes rolling out its EFB program.

Earlier this year, American Airlines deployed iPads in all cockpits during all phases of flight, a program that involves over 8,000 devices.