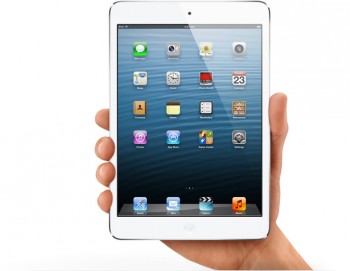 According to a report from Digitimes, Apple is possibly seeking a third supplier for iPad mini panels as low shipments have occurred due to low yield rates coming from Taiwan’s AU Optronics:

LG Display (LGD) and AUO have both been pinpointed as the main panel suppliers for Apple’s iPad mini as of October 2012. However, since then AUO has not been able to reach high yields for producing iPad mini panels due to lacking technology, added the sources.

The sources say iPad mini shipments are now at 6-8 million units, down from original estimates of 10 million due to AUO’s low yield rates, but the latter is working to improve quality and should attain reasonable yields in early 2013. No specific manufacture was named as a third source, but sources speculate it would remain another Taiwan-based display maker.

The report goes on to say Apple is reportedly behind on iPad mini shipments, which one could link to the delay of LTE models, which have just started arriving this week in Canada (our sources say stores could possibly sell LTE iPad minis as of today). But then again, Apple has recently started guaranteeing Christmas delivery of iPad minis ordered by December 4th, so maybe there is sufficient stock on hand.