According to DisplayMate’s latest display shootout, Retina iPad Mini’s display is inferior to that of Kindle Fire HDX 7 and the Nexus 7, based on their extensive array of tests. While all three tablets had excellent ppi ratings and appeared to have “perfectly sharp” displays at typical viewing distances, the iPad Mini with Retina display was found to be producing “good images, photos and videos” in ambient lighting tests, while both the Nexus 7 and Kindle Fire HDX produced “very good” image quality.

Examining the colour accuracy, the Kindle Fire scored the best with the Nexus 7 coming in at a close second and the iPad Mini at distant third. In the “overall” testing category, Kindle Fire HDX 7 and Nexus 7 both received “very Good A-” scores while the Retina iPad Mini received a “Good B” score. 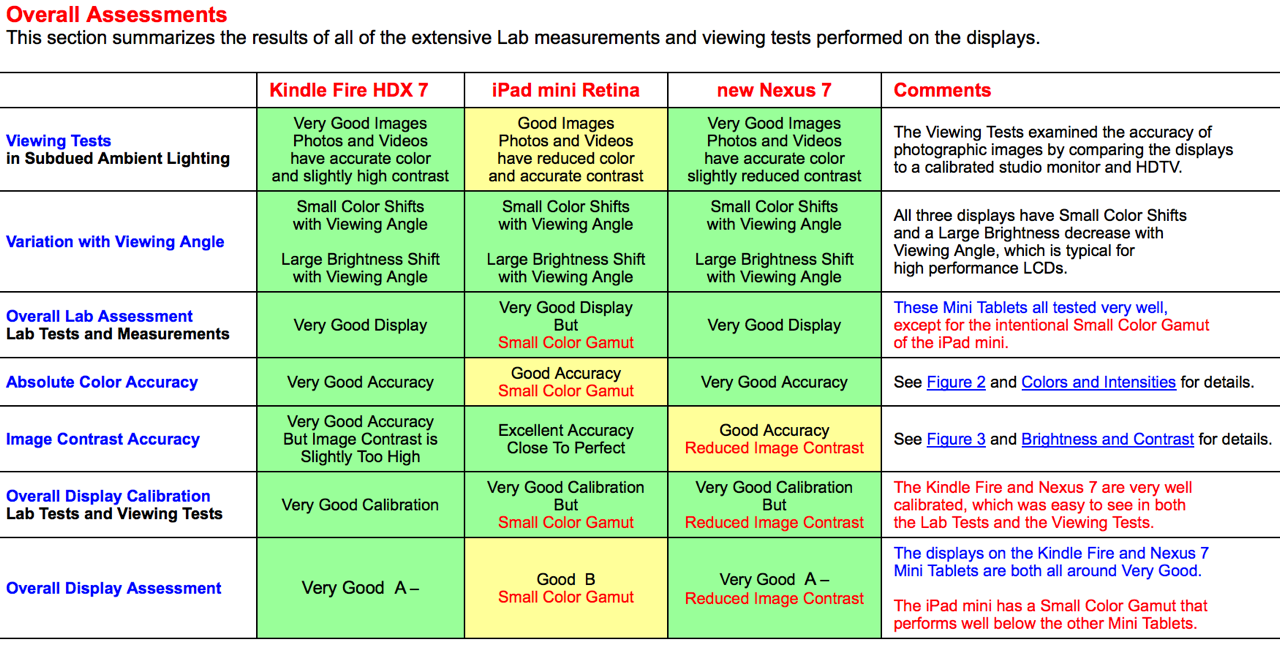 To learn more about the tests, hit up the source.