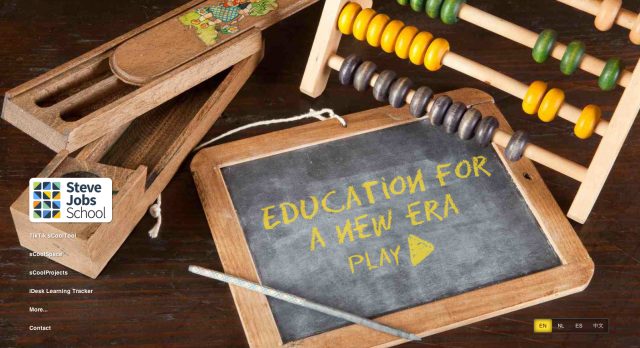 This is just the beginning: following multiple examples in North America, the Dutch O4NT (Education for a New Era) Foundation has taken the initiative and today opened the first seven Steve JobsSchools in the Netherlands. These aren’t regular schools: they bring a totally new approach to education: every child has access to a virtual school though its iPad (via The Next Web).


The Dutch organization previously announced its plans to open Steve JobsSchools and today the plan has materialized: it opened schools in Sneek, Breda, Almere, Emmem, Heevliet and Amsterdam.

As the press release points out, the foundation believes the 58 core objectives set by the Dutch Ministry of Education can be reached more effectively because of the one-on-one student-iPad ratio. Furthermore, this also creates space for the additional O4NT goals, which are: promoting the child’s individual talents and developing 21st-century skills: ICT and information processing, collaboration, and developing a critical, problem-solving, and creative mind.

An interesting addition to the program is the iDesk Learning Tracker, which gathers all the data about the child’s activities and displays relevant information important for parents and the teacher as well.

The O4NT approach will have a major impact in the role of the teacher in the classroom, as a O4NT spokesperson pointed out.

O4NT thinks big, so after the opening of the first 7 Steve JobsSchools, the foundation has plans to open another five, to reach a total of 12 schools in the country, before the end of the academic year.