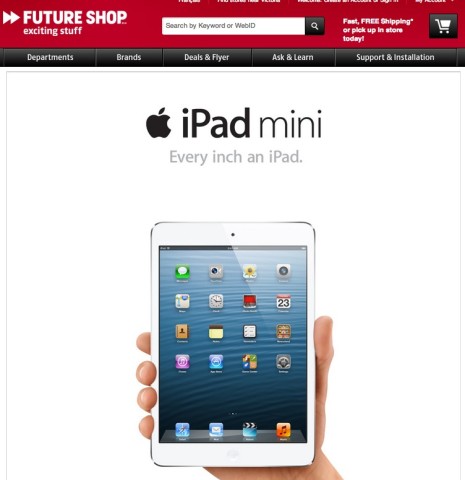 This was expected (based on earlier Apple product launches) but we’ve just received confirmation from sources Future Shop and Best Buy stores will be opening at 8AM (local time) this Friday (regular opening hours are 10AM), November 2nd for the iPad mini and 4th gen iPad launch.

Our tipsters note a recent meeting detailed the iPad mini to be available on Friday along with accessories such as the new iPad mini Smart Cover. Future Shop noted to employees they plan to expect line ups at their locations from early iPad mini and 4th gen iPad adopters. 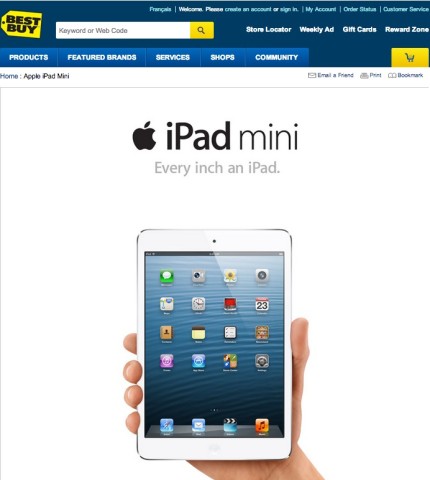 Both companies have iPad mini and 4th gen iPad landing pages on their websites, but due to Apple’s reseller agreements early confirmation they will be selling the device is not allowed. We expect other official resellers (ie London Drugs out West) to also carry the new iPads on launch, so check around your local area.

During Apple’s pre-order for the iPad mini, white models for Canada showed availability as ‘2 weeks’ from the start; eventually all pre-orders sold out, with Wi-Fi + Cellular models not available until “mid-November”, which Apple detailed at their special event.

Yesterday, iPad mini and 4th gen iPad reviews were published, with most reviewers enjoying the size, weight and build of the smaller iPad but noted the lack of Retina display as a shortcoming.