Future Shop and Best Buy are clearing out the Mophie Workbook iPad 2/3 leather case for $5; it normally retails for $49.99. Best Buy is selling it for $9.99, if you can’t find one at your local Future Shop. It’s showing in-stock online and in-stores, so happy hunting: 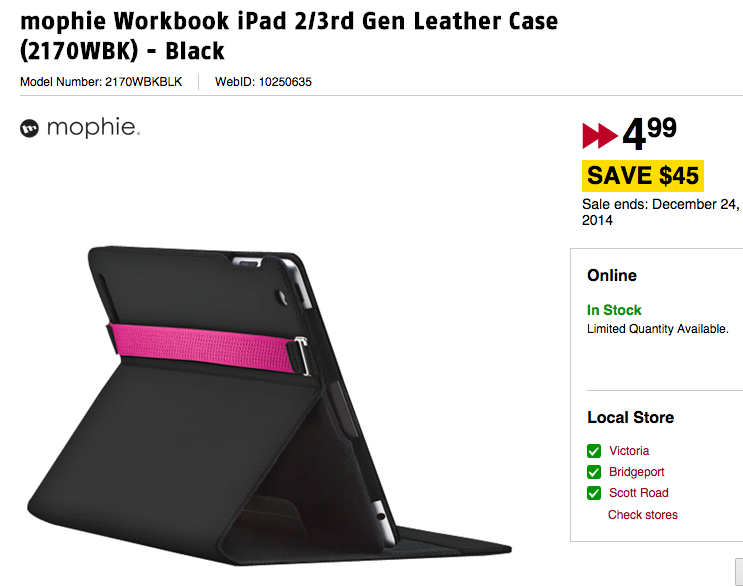 This might go well with the refurbished iPad 3 you ordered yesterday from Apple.ca.

Apple’s Stage Manager multitasking feature in iPadOS 16 is only for tablets with the company’s M1 chip, but that is now changing. According to Engadget, Apple told the publication Stage Manager is now expanding to older iPad Pro 3rd gen and 4th gen models when iPadOS 16 is released later this year. M1 iPad Pro […]
Gary Ng
10 hours ago