Designer Martin Hajek has created brilliant concepts before based on rumours, such as what an iPhone 5 would look like with Touch ID. This time he ponders what would happen if Apple decided to follow the iPhone 5s/5c strategy with its next generation iPad mini:

I’ve been rendering the iPad mini 2 for a while now, even before certain Australian ‘leakers’ showed us that it would come in gold 🙂

The question that I asked myself is; will Apple follow a similar S / C strategy for the iPad (mini) as it has for the iPhone 5? In any case – nice to see such a colorful iPad mini!

So below are concepts of what a gold iPad mini ‘S’ would look like with Touch ID in gold, plus an iPad mini ‘C’ in blue: 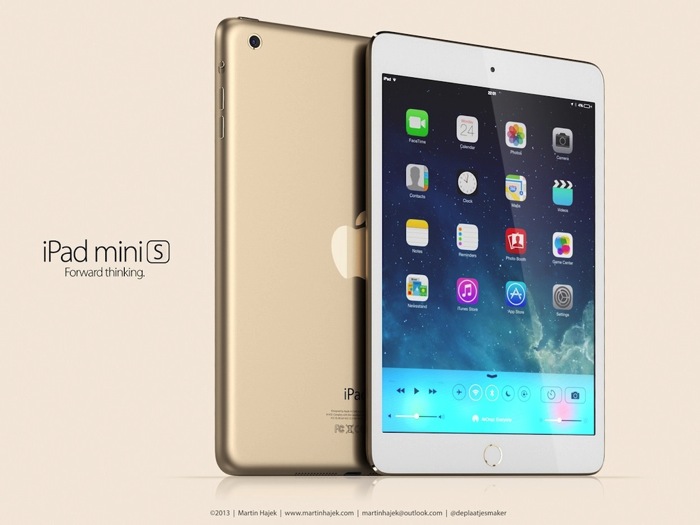 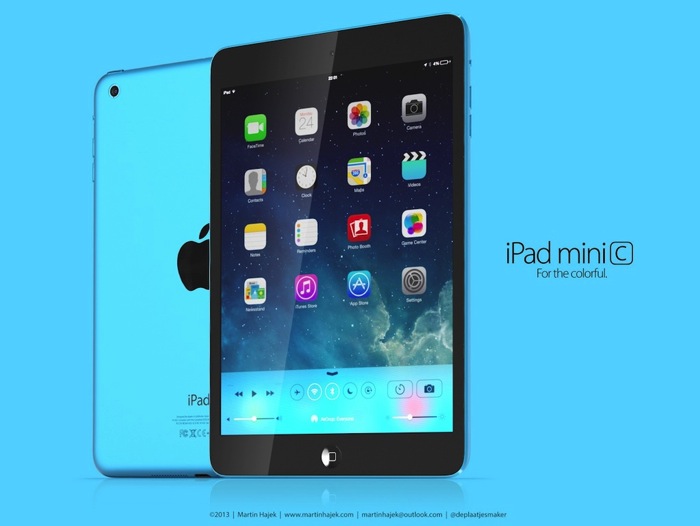 Here’s another classic Hajek render (note the finger print smudges) of the gold iPhone 5s next to a gold iPad mini: 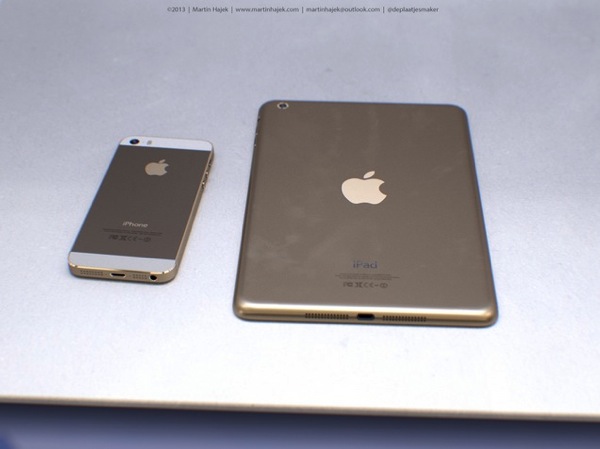 Earlier today, a video showed how the Touch ID fingerprint sensor from the iPhone 5s fit perfectly into Home button spot on an alleged iPad 5 shell.

Apple is expected to announce new iPads this fall, possibly later this month. Reuters reported this morning a Retina iPad mini could possibly not appear until 2014.